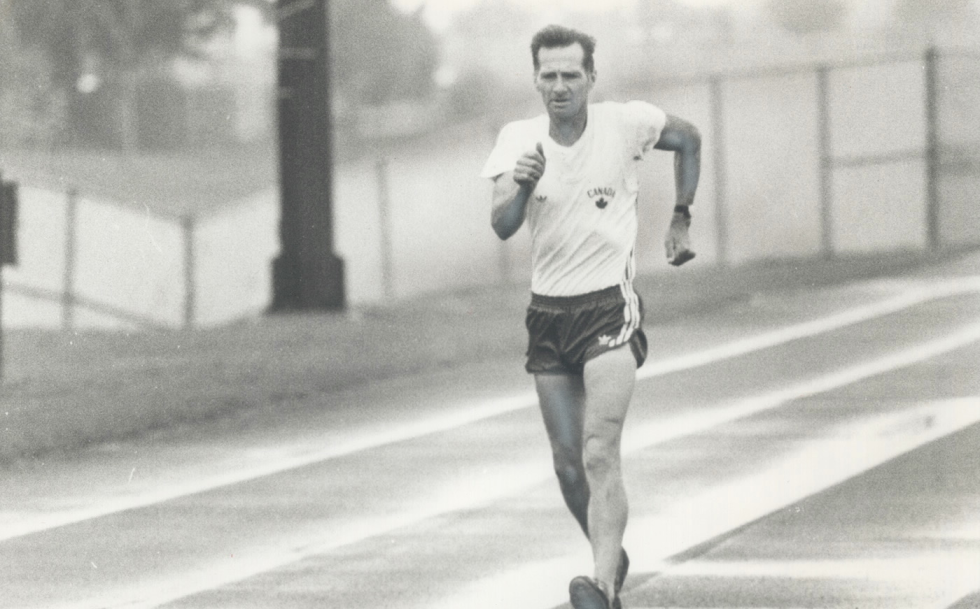 With less than two years of training under his belt, Canadian Alex Oakley made his Olympic debut at Melbourne 1956 where he was disqualified from the 20km race walk. Four years later at Rome 1960, he had his best ever career Olympic results finishing a remarkable sixth in the 50km walk and ninth in the 20km walk. Oakley competed at three more Olympic Games – Tokyo 1964, Munich 1972 and at home at Montréal 1976 where he was not initially named to the Canadian team due to new qualification standards. But after protesting, Oakley competed at Montréal 1976 at the age of 50, making him the oldest person ever to compete in a track and field event at the Olympic Games. Unfortunately, just prior to his 20km walk at Montréal 1976, Oakley slipped in the bathtub and broke a few ribs and while he was able to race walk, he was not at his best.

Along with his impressive Olympic career, Oakley had appearances at the 1966 and 1970 Commonwealth Games. His career highlights include winning the gold medal in the 20km race walk at the 1963 Pan American Games in Sao Paulo and two gold medals at the 1975 World Masters Games (5km and 25km).

When Oakley moved from Saint John’s, Newfoundland to work for General Motors in Oshawa, Ontario he found himself walking several miles each day to check inventory around the plant. This was the beginning of his lifelong race walking career. He lived most of his life in Ontario, but returned to Newfoundland in the mid-1980s to retire residing in Bay Bulls, passing away in 2010 at the age of 84.