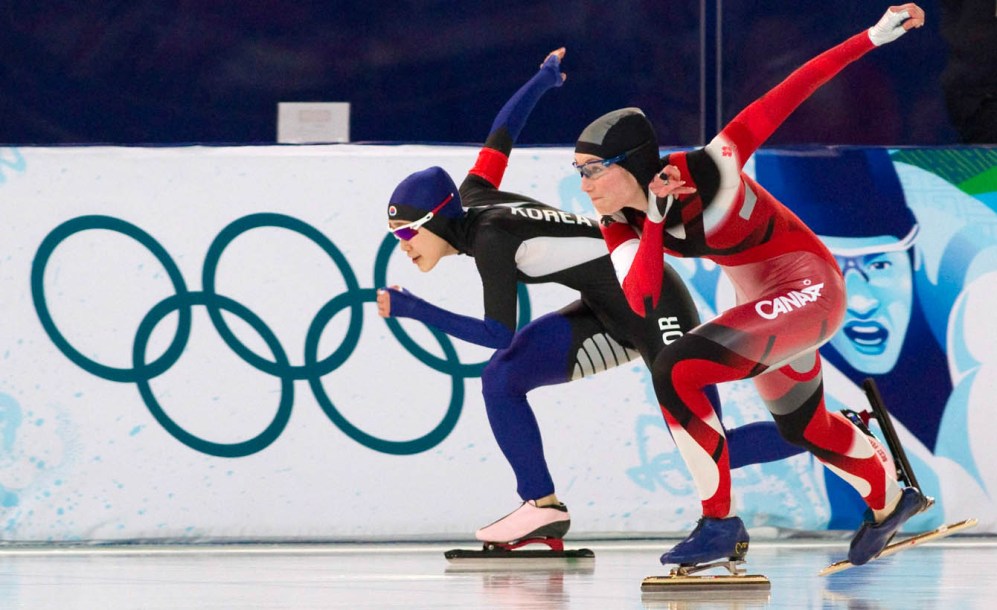 Anastasia Bucsis is a sprint specialist who competed at her second Olympic Winter Games in 2014 where she finished 28th in the 500m.

Bucsis had her breakout season in 2009-10 when she joined the World Cup team for the first time, made her debut at the World Sprint Championships and then finished 34th in the 500m in her first Olympic appearance at Vancouver 2010.

After that, she became a constant figure for Canada on the international scene, making the first of her three straight appearances at the ISU World Single Distances Championships in 2011. Bucsis qualified for Sochi 2014 after missing out on the World Cup team in the fall of 2013 while battling illness at the Canadian trials.

Bucsis also has multi-sport experience from competing at the 2009 Winter Universiade and the 2007 Canada Winter Games, where she won silver in the 500m.

During the Calgary Gay Pride Parade in September 2013, Bucsis came out publicly, having told her family and friends about her sexual orientation two years earlier.

Getting into the Sport: Started speed skating at age four… Had initially been interested in figure skating and gymnastics but her parents thought she’d be too tall for those sports and nudged her towards speed skating at the Calgary Olympic Oval… At age seven had a chance to skate with Catriona Le May Doan and Susan Auch, sparking her Olympic dream… Outside Interests: Majoring in Communications in Culture at the University of Calgary… Has an interest in media and marketing… Enjoys film, television and theatre as well as writing and drawing… Uses music to become focused and inspired… Odds and Ends: Ambassador for Athlete Ally, a non-profit organization focused on ending homophobia in sports… Has dealt with anxiety and depression and turned to retired speed skater Clara Hughes for support… Always sets her alarm clock to end in a 3… Favourite quote: “I’ve learned that  people will forget what you said, people will forget what you did, but people will never forget how you made them feel.” – Maya Angelou…