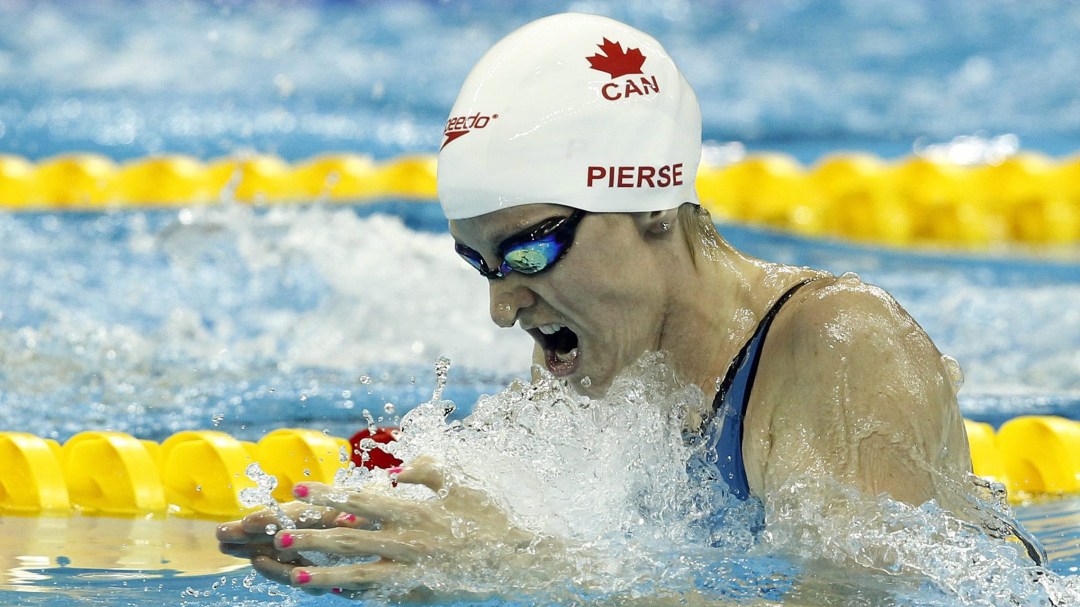 Annamay Pierse had the meet of her life at the 2009 FINA World Championships in Rome. While swimming in the semifinals of her signature event, the 200m breaststroke, she set a world record that would stand for three years. Her time of 2:20.12 took a tenth of a second off the previous global mark. She went on to win the world championship silver medal.

Pierse made her Olympic debut at Beijing 2008 where she finished sixth in the 200m breakstroke and raced in the final of the 4x100m medley relay. With that experience behind her, she was one of Canada’s athletes to watch heading towards London 2012. She was able to win a bronze medal in the 200m breaststroke at the 2010 Pan Pacific Championships despite dealing with a magnesium deficiency that had kept her from hard training in the months prior.

In October 2010, the course of Pierse’s career was forever affected when a mosquito bite led to her contracting dengue fever while competing at the 2010 Commonwealth Games in Delhi. She ended up finishing fifth in both the 100m and 200m breaststroke events while helping the 4x100m medley relay squad win bronze.

Back at home, the illness had lasting effects. Pierse was unable to train as she once had and at the Canadian trials a year and a half later, she was unsuccessful in her attempt to qualify for the Olympic team. She cried while watching her event go on at London 2012 without her and then had to figure out what her career path might be outside of swimming.

Having graduated from the University of British Columbia with a degree in psychology, she decided to enter teacher’s college. Now an elementary school teacher, she has also indulged her artistic side, enrolling in improv comedy classes at Second City in Toronto and performing in sketch shows.

Pierse married Olympic bronze medallist paddler Mark Oldershaw in 2015 and together they have two daughters.