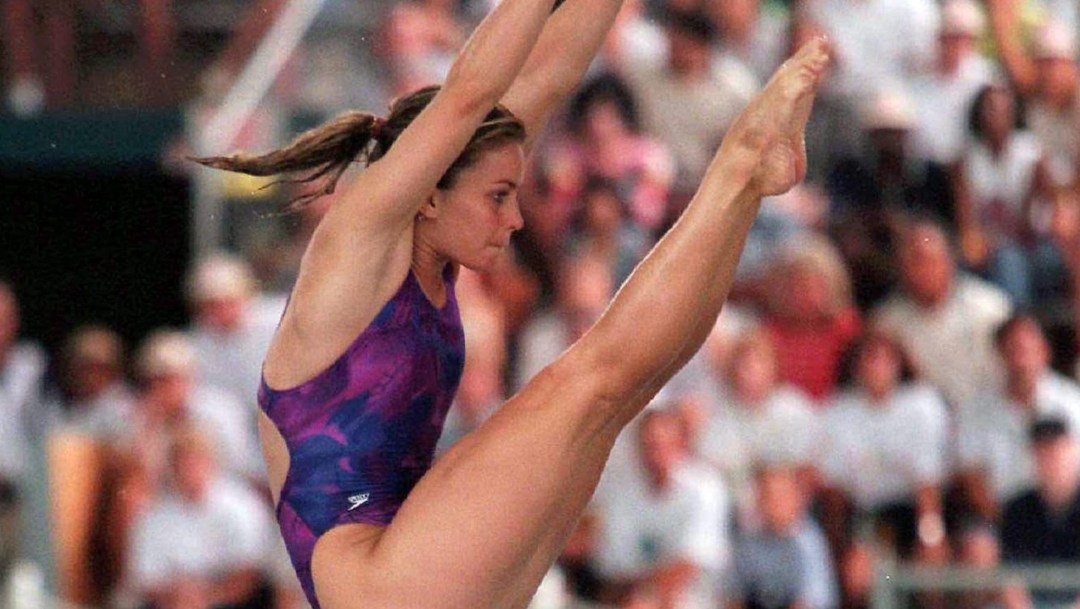 Annie Pelletier entered her only Olympic Games at Atlanta 1996 having won a medal at every major international competition she entered. Once in Atlanta, she barely survived the 3m springboard preliminaries placing 17th amongst 18 qualifiers, then she was the last of 12 qualifiers in the semi-finals. But she preserved and in the final Pelletier jumped from fifth to third with her last dive winning the bronze medal.

Pelletier grew up with two brothers, and a father who made sure she knew she had the fibers of an athlete, always playing outside, climbing trees and taking risks. After watching Nadia Comaneci win Olympic golds at Montreal 1976, like most Canadian girls at the time, Pelletier dreamed of going to the Olympic Games as a gymnast. But she had so many injuries in gymnastics, she switched to diving. A few years later at the 1989 Canada Games in Saskatoon, Pelletier won the 3m springboard gold medal and placed 5th in the 1m springboard.

A member CAMO Natation Club in Montréal, Pelletier was several times a Canadian champion in the 1m and the 3m. She retired following Atlanta 1996 remaining very active in the diving community. Involved as a role model for up and coming divers, Pelletier served as a spokesperson for the Quebec Special Olympics. She worked as the Director of Communications for the Fédération de l’athlète d’excellence du Québec. (Québec Federation for Athletic Excellence) and a diving analyst for Radio-Canada.

Pelletier had two dreams for her life: to become an Olympian and to become a mother, giving birth to her son Arthur in December 2017. Pelletier was inducted into the Canadian Olympic Hall of Fame in 2003.