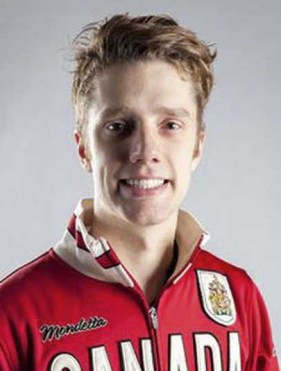 Anthony Prymack has represented Canada internationally at three different levels, beginning with the cadet world championships in 2006. He then made four straight appearances (2007-10) at the junior world championships, posting career-best results of 14th in 2008 and 2010 and being ranked as high as 19th in the world in 2009. Prymack made his senior world championship debut in 2009. Two years later he won a pair of team silver medals in the foil and sabre events at the 2011 Pan American Games in Guadalajara where he also made it to the quarterfinals of the individual foil event. Prymack has been a part of six medal-winning teams at the Pan American Championships since 2009.

Family: Parents Marc and Brenda Prymack… Getting into the Sport: Introduced to fencing at age 7 by his older brother… Outside Interests: Graduated from McGill University in 2012 with a Bachelor of Science in Nursing… Works as a surgical nurse at Montreal Children’s Hospital… Affiliated with Right to Play… Odds and Ends: Nickname: Tony…

Maximilien Van Haaster has always wanted to be a world-class athlete and represent Canada on the global stage.