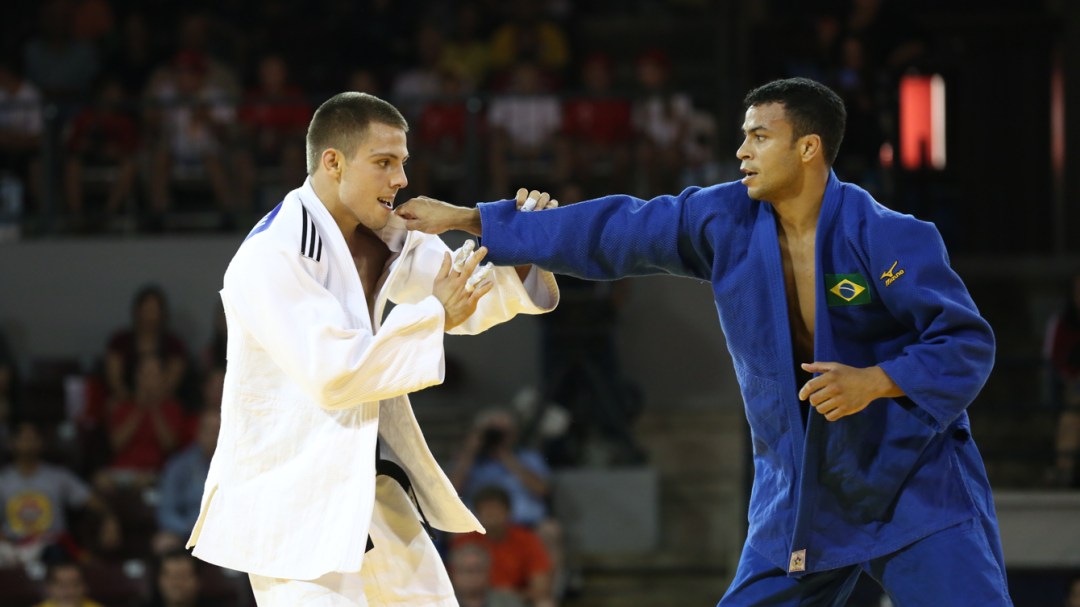 Arthur Margelidon was set to make his Olympic debut at Rio 2016, but unfortunately suffered a broken forearm during a training session just two weeks before the Games began. He instead went to Brazil as a spectator.

Since then, Margelidon has become an even stronger international competitor. In 2017, he won his first Grand Prix medal, a silver in Hohhot in June, and his first Grand Slam medal, a silver in Tokyo in December. Heading into the 2020 Olympic Games, he has five career Grand Slam podiums (three silver, two bronze) and five career Grand Prix podiums (two silver, three bronze).

Margelidon earned his first World Cup podiums in 2012, taking bronze in Miami and San Salvador. He represented Canada at two IJF Junior World Championships in 2011 and 2013. His first international gold medal came at the Oceanian Open Apia in November 2013. In February 2014, Margelidon made his first Grand Slam appearance in Paris.

Since competition resumed in October 2020 after being halted because of the COVID-19 pandemic, Margelidon has reached the podium in three of his four events. It started with a Grand Slam bronze in Hungary and then in the spring of 2021 he captured silver at the Tbilisi Grand Slam and bronze at the Antalya Grand Slam. He was unable to compete at the 2021 World Championships due to a positive COVID-19 test in late May.

A Little More About Arthur

Getting into the Sport: Started in judo at age 6, encouraged by his judoka father… Outside Interests: Enjoys playing hockey, soccer, poker… Odds and Ends: Favourite motto: “Pain is life but you can choose what type, either the pain on the road to success, or the pain of being hunted by regret.”… Inspired by Muhammad Ali because he showed that you don’t need people’s approval or blessing to do great things, you only need hard work…