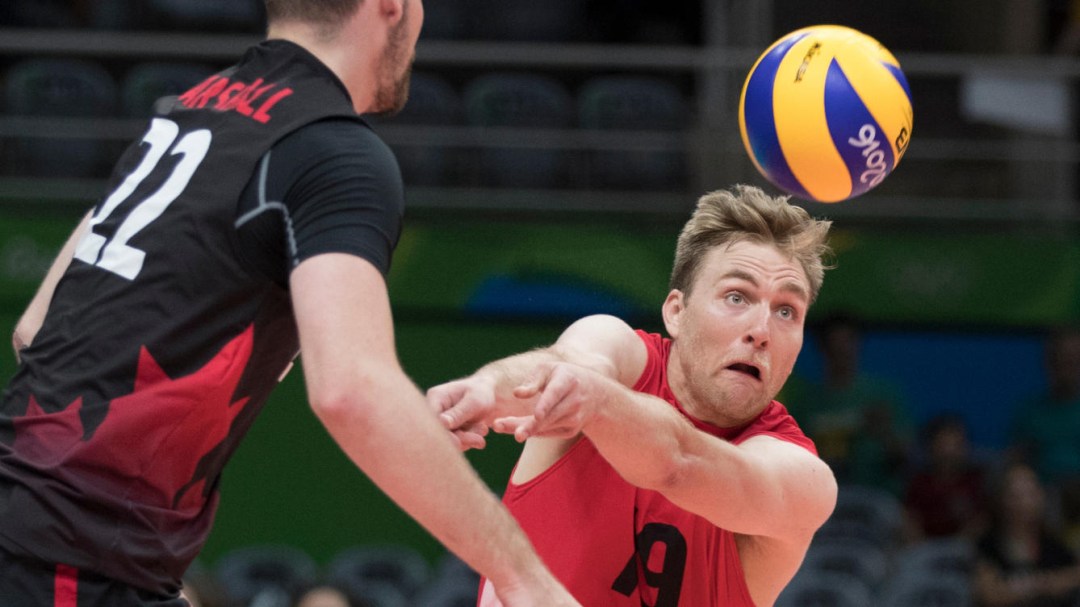 While competing for the University of British Columbia Thunderbirds, Blair Bann was twice named the CIS Top Libero and represented Canada at the 2009 Universiade in Belgrade. As a member of the national team, he won bronze at the 2013 NORCECA Championship where he also earned Best Receiver honours. Bann was a member of Canada’s FIVB World League Team in 2014, 2015 and 2016. At the latter, he was Canada’s top-ranked receiver and second-ranked digger as the team won Group 2 to earn a spot in the elite Group 1 in 2017. Bann was also part of Canada’s seventh place finish at the 2015 FIVB World Cup.

A Little More About Blair

Getting into the Sport: Began playing volleyball at age 14 with his school team and joined a club team at 16. When teammates started talking about trying out for clubs, he joined in and made the top local team, NAVC Gold… Drawn to the sport because there was always something new to learn and get better at… Two of his biggest role models have been teammates Jay Blankenau and Max Burt, ‘two guys who push me when I need it and pumpe me up when I need it’… Grew up idolizing the University of Alberta Golden Bears, who were the reason he wanted to go far in the sport… Outside Interests: Enjoys cooking and baking, taking some time with his family at the beach during the short offseason… Graduated from the University of British Columbia in 2011 with a Bachelor of Human Kinetics degree… Would like to pursue a career in coaching after he’s done playing… Odds and Ends: Nickname: Blizz… Collects sneakers, is always on the lookout for some good shoes, and they’re easier to find at competitions in Europe… Favourite motto: “Some type of magic”…