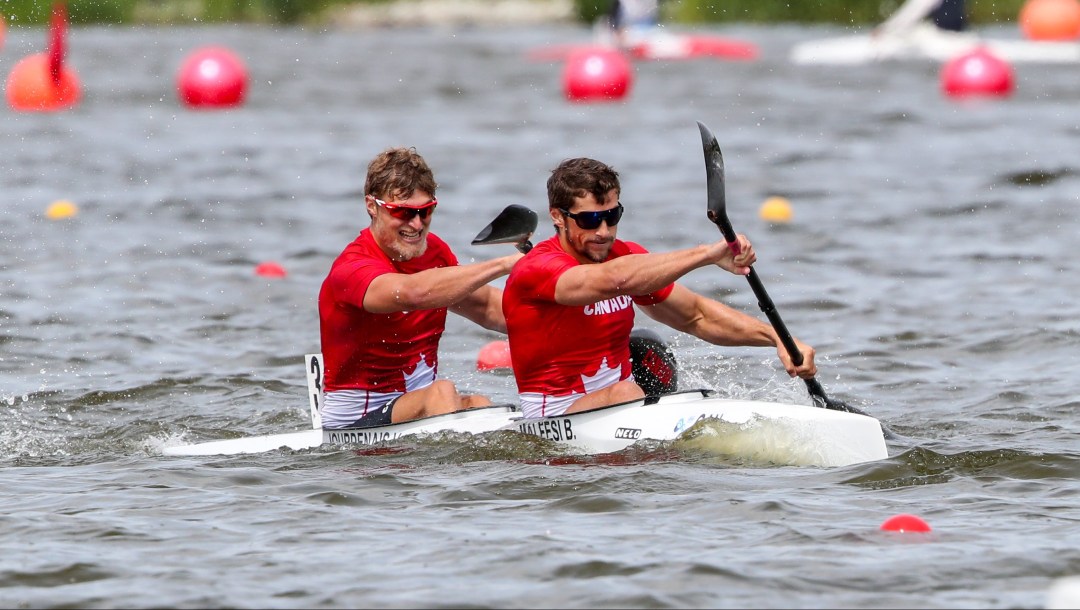 Brian Malfesi made his international debut at the 2010 Pan American Championships, taking home a pair of bronze medals from the junior K-2 and K-4 1000m races. He represented Canada the following year at the ICF World Junior Championships, making the B final in both the K-4 1000m and K-2 200m.

Malfesi represented British Columbia at the 2013 Canada Games, winning three medals including a gold in the K-1 1000m. His next major international competition for Canada came at the 2014 U23 World Championships, where he made the A final in the K-4 1000m and finished third in the B Final of the K-2 1000m.

In 2015, Malfesi joined the senior national team and made his first World Cup appearances, racing in all three stops on the tour. His best result of the year came in the K-2 1000m with Andrew Jessop as they finished fifth at the final event of the year in Copenhagen, Denmark. He made his senior world championship debut with Jessop in the K-2 1000m, finishing sixth in the B Final.

After competing at the U23 Worlds in 2016, Malfesi was back in senior competition in 2018, winning K-1 1000m silver at the Pan Am Championships. In 2019 he returned to the World Cup circuit in a K-2 partnership with Vincent Jourdenais. The pair posted two top-four finishes in B finals of the K-2 1000m before finishing fifth in the B final at the 2019 World Championships, which would later be enough to qualify Canada in the event for Tokyo 2020. Malfesi and Jourdenais booked their spots in the Olympic boat by winning the national trials.

A Little More About Brian

Getting into the Sport: Started paddling at age 11, joining his brother who had started a month earlier… Outside Interests: Pursuing a degree in Biomedical Science at Simon Fraser University… Enjoys camping and hiking…

Andrew Jessop is known for his endurance and determination. In 2013 he and Rob Clarke surprised many by winning the...