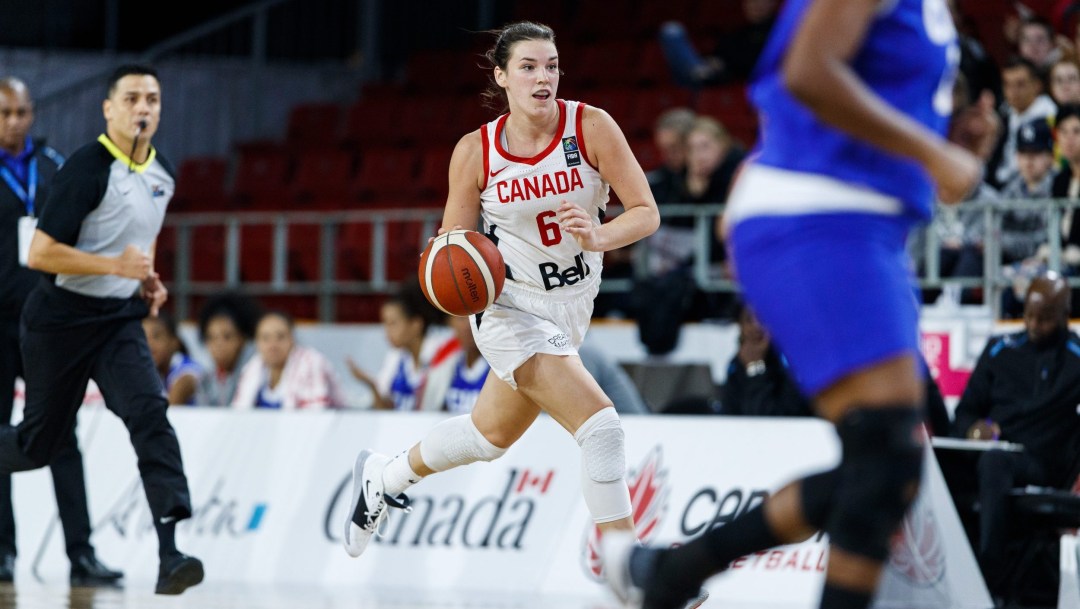 Bridget Carleton first played for Canada at the 2013 U16 FIBA Americas, serving as captain and leading the team in minutes played on their way to a silver medal. That year she was also a member of the U17 Ontario team that won gold at the 2013 Canada Games. The following year she was again captain of the cadette national team, this time for the U17 FIBA World Championship. She led Canada in both scoring and minutes as they made the quarterfinals. Carleton also played with the junior team that won silver at the U18 FIBA Americas. In 2015 she was captain of the junior team at the U19 FIBA World Championship in Russia where she was part of another quarterfinal appearance.

Carleton made one more appearance with the national development team in 2016 before joining the senior team permanently. After a handful of exhibition games, highlighted by 49 points over six games in China, she would help the Canadian team defend their gold medal at the 2017 FIBA AmeriCup. She was a member of the seventh-place FIBA World Cup team in 2018. In 2019 started every game for Canada as they won silver at the FIBA AmeriCup. In February 2020, she helped Canada go 3-0 in the FIBA Olympic Qualifying Tournament to secure their spot at Tokyo 2020.

Carleton played collegiately for Iowa State from 2016 to 2019. She put up a school record 28 points for the Cyclones in her first game. She was a unanimous choice to the Big12 All-Freshman team. From her sophomore season onward, she started every game for ISU, was a unanimous selection to the All-Big12 first team and Iowa State would be a 10th-seed or higher each year at the NCAA Championships. In her senior year she put together the best scoring season in school history – 760 points. Carleton was named the Cheryl Miller Award winner (honouring the NCAA’s top small forward), the Big12 Player of the Year, was a second-team AP All-American, and member of the Naismith Starting Five. She finished just eight points shy of ISU’s all-time points record.

Taken 21st overall in the 2019 WNBA draft by the Connecticut Sun, Carleton played a handful of games before ending up with the Minnesota Lynx. During 2019-20, she played for the Townsville Fire of the WBNL in Australia. Upon earning a starting role in her second season with the Lynx, Carleton became just the third player in league history to score 25 or more points and have more than five rebounds in her first WNBA start. She played with Landerneau Bretagne Basket of the FLB in France in 2020-21.