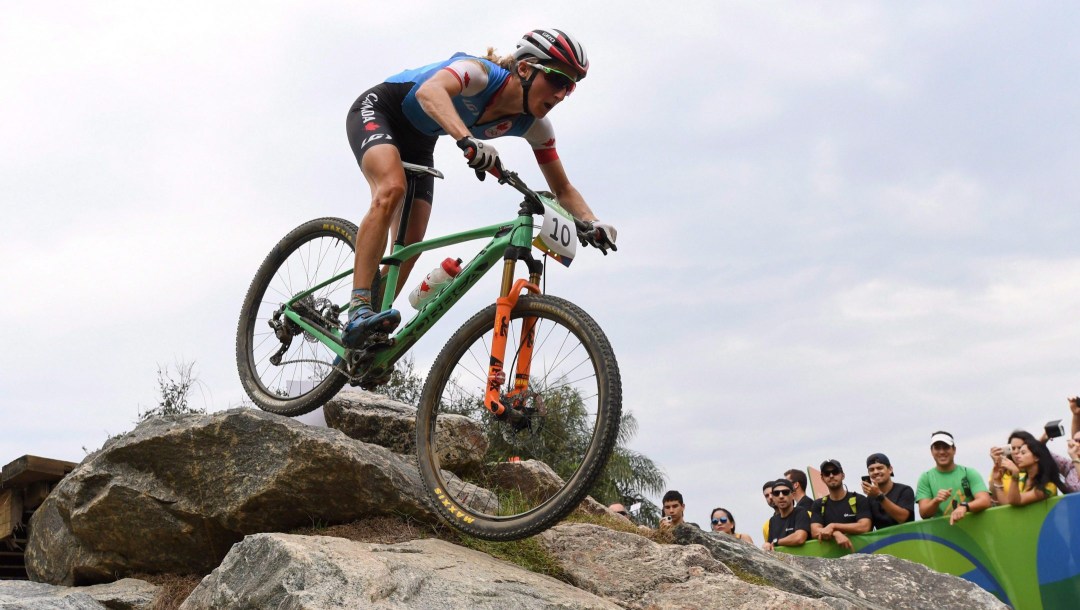 Three-time Olympian Catharine Pendrel won her first Olympic medal at Rio 2016 as she battled back from a crash very early in the race to finish on the podium with the bronze medal. She finished the 2016 season by winning her third career overall World Cup title.

Two years earlier, in 2014, Pendrel had enjoyed a bounce-back season, winning her second world title as well as the Commonwealth Games gold medal. The victories were even sweeter because she had to come back from a broken collarbone for the second straight year. She also finished in the top-three in the overall World Cup standings, something she had achieved each year dating back to 2008 (except 2013). Highlighting that streak was winning the overall World Cup title in 2010 and 2012.

Pendrel won gold at the 2007 Pan Am Games before narrowly missing the podium at Beijing 2008. She entered London 2012 as the reigning world champion but finished ninth. In 2015, Pendrel won silver at the Pan Am Games behind Canadian teammate Emily Batty, finished fourth in the overall World Cup standings (on the strength of three podiums in six races) and posted a fifth-place finish at the world championships.

In June 2018, while on a casual ride with friends, a rock shifted under her tire while she was at high speed and she fell, breaking her left humerus. That took her out of action for 10 weeks, but she returned to compete at the Mont-Saint-Anne World Cup in August as well as the world championships.

Pendrel announced in September 2020 that she was pregnant and would miss the postponed world championships. She gave birth to daughter Dara in January 2021 and was back on the mountain bike circuit when the World Cup circuit resumed in May.

A Little More About Catharine

Getting into the Sport: Started biking at 16 after riding horses before she could walk… Had been a competitive equestrian… Has wanted to represent Canada since seeing girls her own age trying out for the Canada Games as a teenager… Outside Interests: In the off-season enjoys cross-country skiing, reading, baking and cooking… Bachelor of Arts (psychology and sociology) from the University of Victoria… Founded a development mountain bike team (Pendrel Racing)… Is on the Board of Directors for People in Motion… Volunteers for the Kamloops Bike Riders Association Kids Bike League… Odds and Ends: Nickname: Kika… Likes to wear vibrant colours on race day as a small personal touch to bring energy… Favourite quote: “You miss 100% of the shots you don’t take.” – Wayne Gretzky…