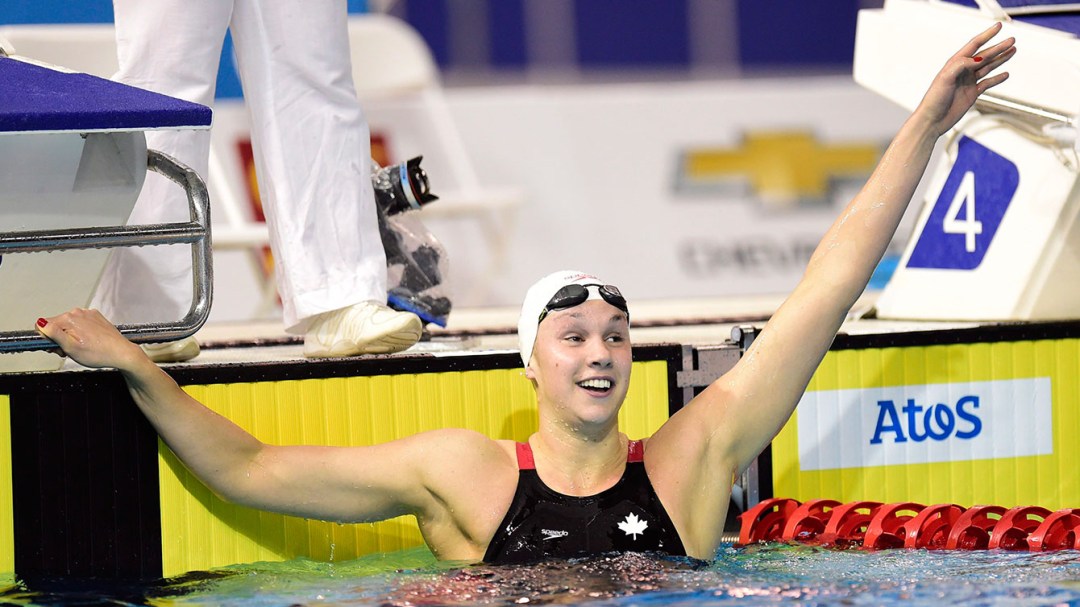 Family: Parents Wayne and Dinah Van Landeghem… Younger sister Tia swims at the University of Pittsburgh… Getting into the Sport: Started swimming at age 4, taught by her father… At her first swim meet she was too scared to dive off the blocks so she dove from the side of the pool instead…. Outside Interests: Working towards Bachelor of Science in Psychology and Bachelor of Arts in Cognitive Science at the University of Georgia (planned graduation in 2017)… Odds and Ends: Always travels with ear plugs… Eats pasta as a pre-race real…