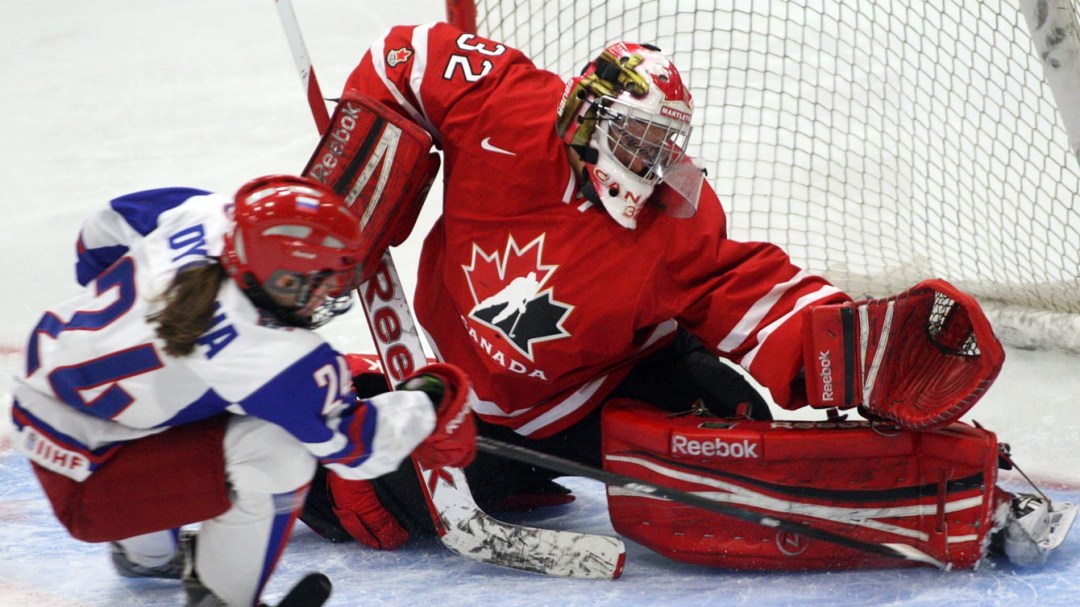 A hockey player since she was seven, Charline Labonté has enjoyed success at all levels. After winning a silver medal with Team Quebec at the 1999 Canada Winter Games, she went on to play 26 games with the Acadie-Bathurst Titan of the QMJHL during the 1999-00 season. That made her just the second female player, after fellow goaltender Manon Rhéaume, to play Canadian major junior hockey.

Labonté would join the Canadian National Women’s Team in 2001. She served as an alternate at the 2002 Olympic Winter Games before achieving the highlight of her career at the 2006 Olympic Winter Games in Turin where she played three games, including the semifinal shutout of Finland and the gold medal game victory over Sweden when she allowed her only goal of the tournament.

Labonté has been a fixture on the Canadian team at the IIHF Women’s World Championship, winning two gold and five silver medals since her debut in 2005. She was named the top goaltender of the 2009 tournament. At Vancouver 2010 she earned her second Olympic gold medal after playing 20 minutes of a preliminary round game against Sweden. Labonté started and won two games at Sochi 2014, including the preliminary round victory over the United States, en route to her third Olympic gold medal.

Labonté played five seasons with the McGill Martlets, winning CIS national titles in 2007-08, 2008-09 and 2010-11. She also set the CIS all-time record for shutouts. In 2012-13 she helped the Montreal Stars of the Canadian Women’s Hockey League reach the 2013 Clarkson Cup final.

School: Graduated from McGill University with a degree in physical education… Soon to complete Masters’ degree in sport psychology at McGill…Odds and Ends: Nickname: Charlie… Has a necklace and charm that was given to her by her goalie coach when she was 11 as a good luck charm… Favourite motto: It’s not a challenge, it’s an opportunity…