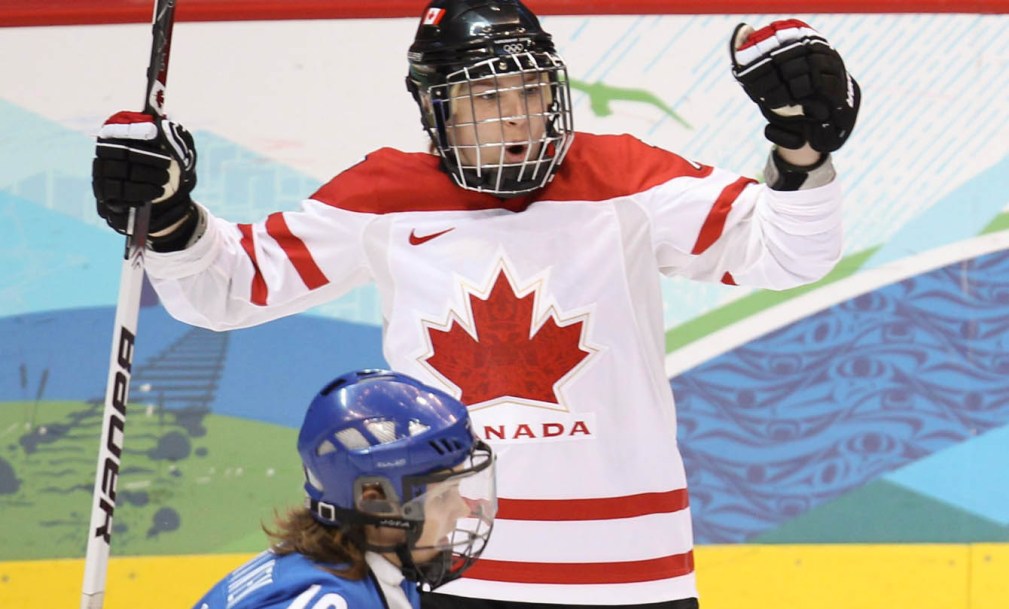 Cherie Piper made her Olympic debut at Salt Lake City 2002 where she recorded five points (three goals, two assists) in as many games en route to a gold medal. Piper would go on to appear at the Turin 2006 and Vancouver 2010 Olympic Games, winning gold with Team Canada both times. In Turin, she recorded 15 points (seven goals and eight assists), ranking her second in tournament scoring behind only her teammate Hayley Wickenheiser. She contributed another five goals and five assists in Vancouver.

Piper played collegiate hockey for Dartmouth College from 2002 to 2007 where she  appeared in 104 games, recording 172 points. She was named as one of ten finalists for the Patty Kasmaier Award in 2004 as the top women’s collegiate hockey player.

Piper was inducted to the Canadian Olympic Hall of Fame in 2012 with her teammates from the Turin 2006 Olympic hockey team.

Graduated from Dartmouth in 2007 with degrees in Sociology and English … Favourite sport other than hockey: roller hockey … Grew hair in 2007-08, cut off 12 inches and donated it to Locks for Love, a non-profit organization based in FL that manufactures hairpieces for disadvantaged children under age of 18 … Nickname: Pipes … Personal motto: Carpe Diem.

Colleen Sostorics made her Olympic debut at Salt Lake City 2002 where she and Team Canada captured gold. Sostorics would...

Gina Kingsbury made her Olympic debut Turin 2006 where she contributed three assists in five game en route to the...