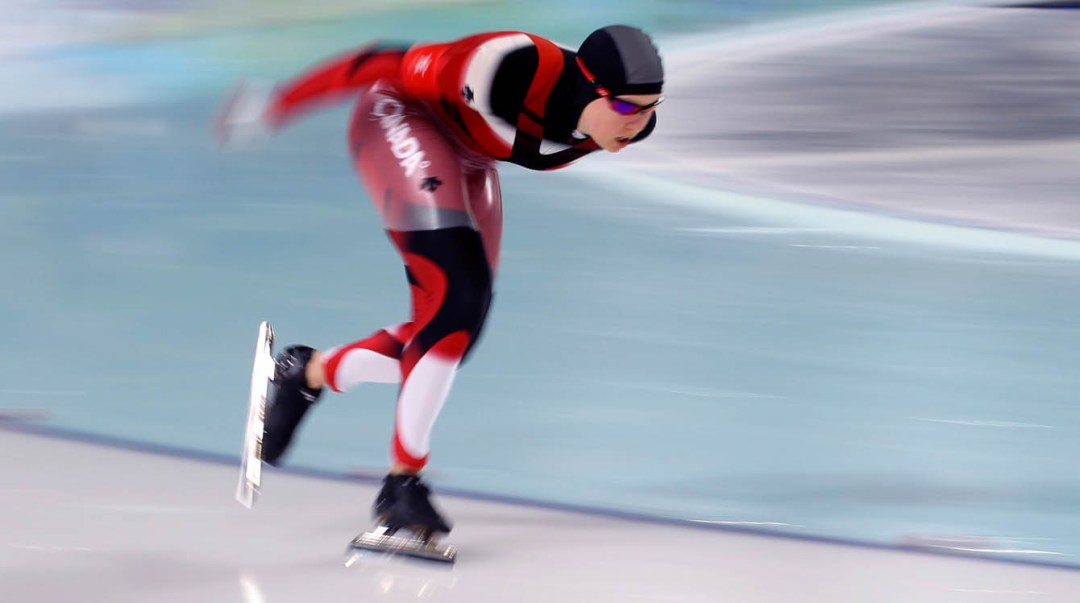 As a three-time Olympian and six-time Olympic medallist, long track speed skater Cindy Klassen wrote herself into the record books with her performance at the 2006 Olympic Winter Games in Turin when she became Canada’s most decorated Olympic athlete.

Four years after she won a bronze medal in the 3000m in her Olympic debut at Salt Lake City 2002, Klassen did something that no Canadian had done before: win five medals at one Olympic Games. Klassen reached the podium in every event she entered in Turin, taking gold in the 1500m, silver in the 1000m and team pursuit, as well as bronze in the 3000m and 5000m. Klassen was the first speed skater in 26 years – and the first female speed skater ever – to win five medals at one Games.

Her achievement was recognized by IOC President Jacques Rogge who called Klassen the “woman of the Games”. She was also given the honour of being the Canadian flag bearer at the Closing Ceremony. Klassen’s medal haul in Turin led to her winning the Lou Marsh Trophy as Canada’s athlete of the year and her second straight Bobbie Rosenfeld Award as Canadian female athlete of the year.