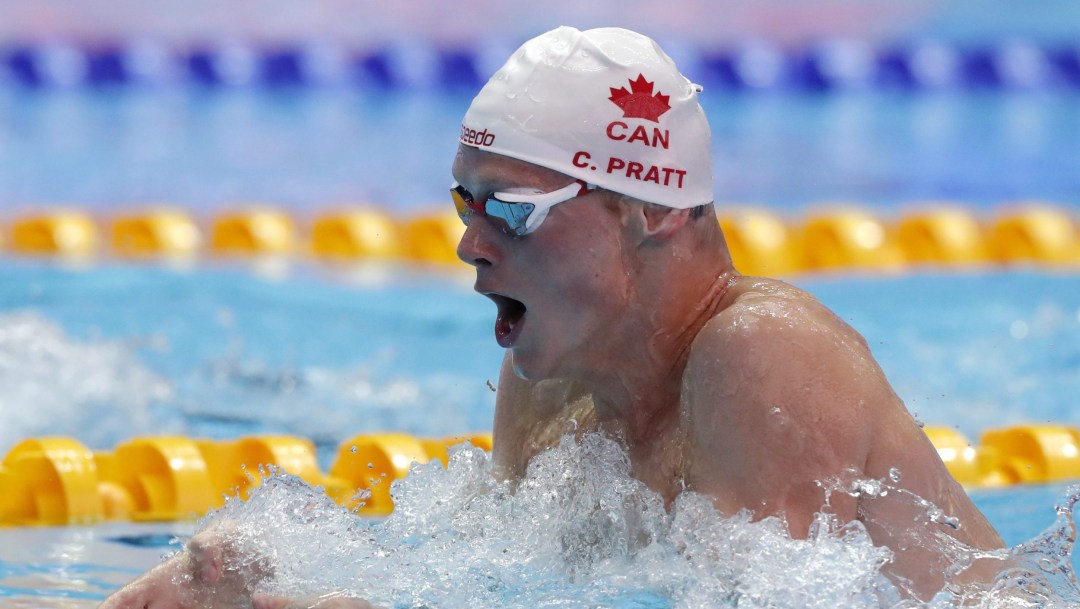 Cole Pratt made his international debut in 2018 at the Junior Pan Pacific Championships where he won bronze in the 200m backstroke and reached the finals in the 200m IM and 200m butterfly. He qualified for his first senior national team in 2019 when he finished second in three events, including the 200m backstroke and 200m IM in which he competed in his debut at the FINA World Championships.

Pratt also competed at the FINA World Junior Championships in 2019 where he won bronze with the men’s 4x100m medley relay and was a finalist in the 100m and 200m backstrokes.

In 2020, Pratt joined the expansion Toronto Titans of the ISL, competing primarily in the backstroke. He made the podium twice in the 200m backstroke during the season. During the semifinals he set three new personal bests, breaking the 11-year-old Canadian 100m backstroke short course record with a time of 50.40 seconds.

At the Canadian Olympic Trials in June 2021, Pratt finished second in the 100m backstroke to earn his ticket to Tokyo 2020.

In 2017, Pratt tied the record for most medals by a male athlete at the Canada Games. Pratt won 10 medals, including five gold.

A Little More About Cole

Odds and Ends: Older sister Halle is a member of Canada’s artistic swimming team for Tokyo 2020… Favourite motto: “Nothing can stop you if you don’t stop for anything”… Inspired by Michael Phelps since he was kid and has always strived to have similar achievements…