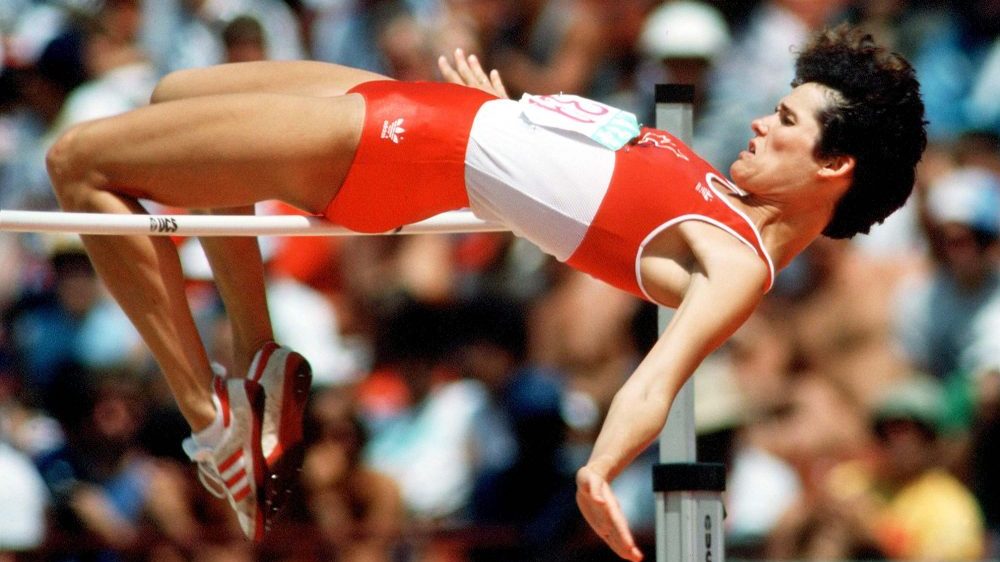 Canadian high jumper Debbie Brill made her first of three Olympic appearances at Munich 1972 where she finished eighth, campaigned to have the Games stopped after the Munich massacre, and then quit the sport in it’s wake, disillusioned with the Olympic movement. She returned to competition in time to prepare for her home Olympics at Montréal 1976 where she was eliminated after failing three times at her opening height. In 1979, Brill was the number one high jumper in the world and a gold medal favourite for Moscow 1980 but was unable to compete due to Canada’s boycott. At Los Angeles 1984, Brill had her best Olympic finish of fifth jumping 1.94m (6’4¼”), where three of the top five had been finalists at Munich 1972.

Brill’s impressive international success included winning three Commonwealth Games medals, capturing high jump gold in 1970 (and receiving her medal from Queen Elizabeth II) and 1982, and silver in 1978. At the Pan American Games, Brill won gold in 1971 in Cali and bronze in 1979 in San Juan, and was fourth in her return to sport at the 1975 Pan American Games. At the 1985 World Indoor Championships she won a bronze medal.

Brill started high jumping at age nine in a sand pit at South Otter School in Aldergrove, BC giving her an outlet her personality needed. At 13 in 1966, she was competing provincially and within two years she was competing internationally. At 16, she became the first woman in the western hemisphere to jump 6 feet (1.80m). Her reverse jumping style was unique at the time but Brill had revolutionized the sport with her “Brill Bend” used exclusively now for elite high jumpers. She quietly detached herself from competing, enrolling at Simon Fraser University in 1988, and started coaching. In 1999, at the age of 46, Brill broke the world masters record (age 45+) jumping 1.76m in Gateshead and in 2004, she broke the age 50+ masters record by clearing 1.60m in Langley. One of five children to a Canadian father and an American mother, she married physician Dr. Douglas Coleman, with whom she ran a detox centre in New Westminster, and has two sons and one daughter.

Diane Jones Konihowski competed at the 1972 Olympic Games in Munich, and then again on home soil at the 1976…