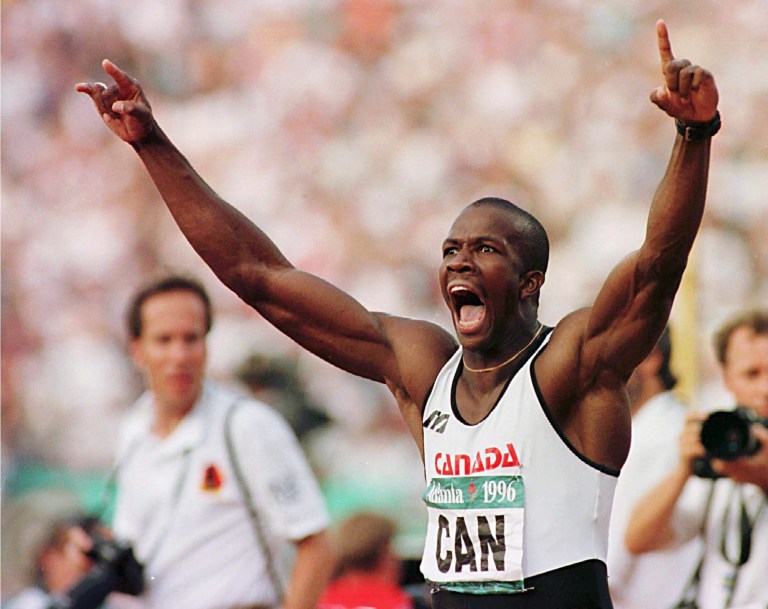 Donovan Bailey became one of Canada’s most iconic sports figures when he set the 100m world record at Atlanta 1996, running a time of 9.84 seconds to become the world’s fastest man. A week later, Bailey anchored the 4x100m relay team to another gold medal. Along with Bruny Surin, Glenroy Gilbert, Robert Esmie and heat runner Carlton Chambers, they became the first team to ever defeat an American quartet in the 4x100m relay at the Olympic Games.

Bailey had gone to Atlanta as the reigning 100m world champion. He and Surin had shared the podium at the 1995 IAAF World Championships in Gothenburg, Sweden where they won gold and silver, respectively. Along with Gilbert and Esmie, they were world champions in the 4x100m relay in 1995 and 1997.

Bailey has been inducted to the Canadian Olympic Hall of Fame, Canada’s Sports Hall of Fame and Canada’s Walk of Fame.