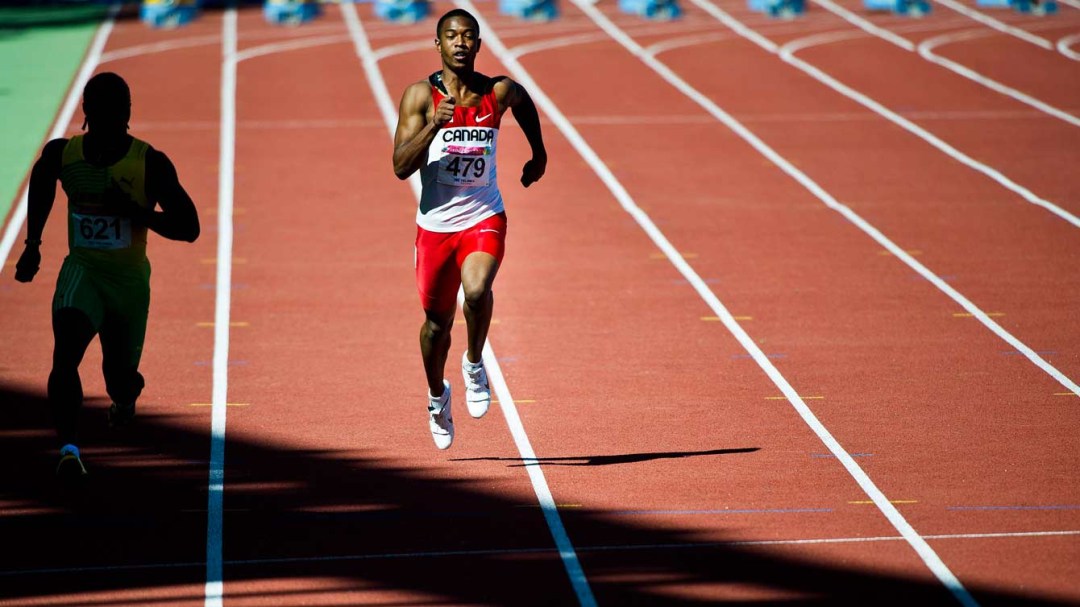 Dontae Richards-Kwok won a bronze medal at the 2013 IAAF World Championships as a member of the 4x100m relay team. He also has a wealth of international multi-sport competition experience, having been a member of Team Canada at the 2011 Pan Am Games, the 2014 Commonwealth Games, and the 2011 Summer Universiade. Richards-Kwok is one of York University’s most decorated athletes, having won 16 OUA medals and 14 CIS medals. He’s also been a first team OUA All-Star and CIS All-Canadian.