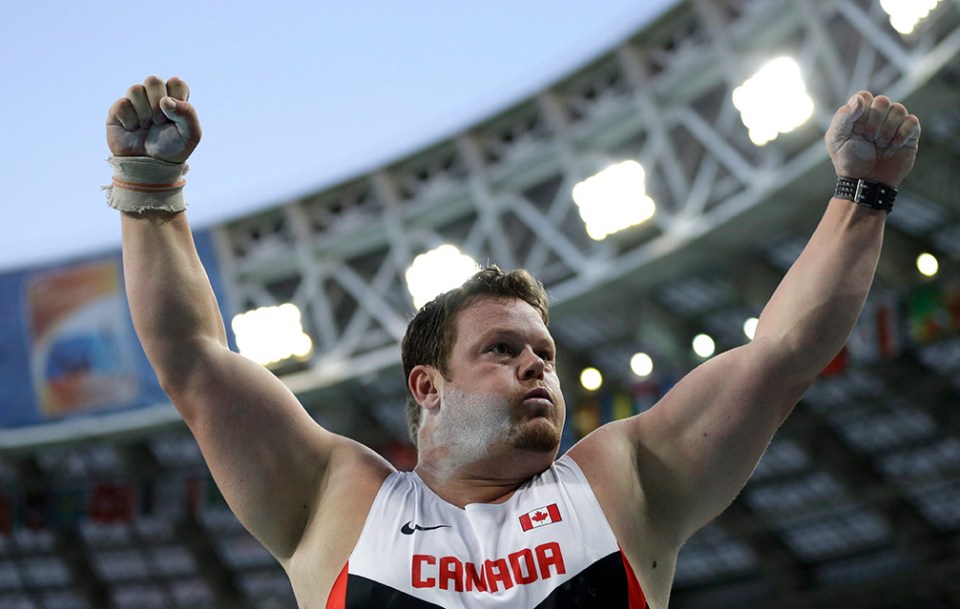 Dylan Armstrong is Canada’s first Olympic medallist in a throwing event in almost a century. Armstrong made his Olympic debut at Beijing 2008 where he initially finished fourth, missing out the bronze by just one centimetre. In July 2013 original third place finisher Andrei Mikhnevich of Belarus was banned for life following a re-test of his doping sample from the 2005 IAAF World Championships. All of his results dating back to August 2005 were annulled by the IAAF and the IOC followed through in stripping Mikhnevich of his Olympic medal, leaving Armstrong to be upgraded to the bronze medal position. Armstrong was also awarded the bronze medal from the 2010 IAAF World Indoor Championships as a result of Mikhnevich’s disqualification.

Armstrong went on to finish in the top-five for a second straight Olympic Games at London 2012.

The Kamloops, BC native is a two-time outdoor IAAF World Championship medallist, winning silver in 2011 and bronze in 2013. He is the first Canadian to ever win a world championship medal in a throwing event.

Armstrong is coached by Dr. Anatoliy Bondarchuk, a two-time Olympic medallist in hammer throw for the Soviet Union in 1972 and 1976.