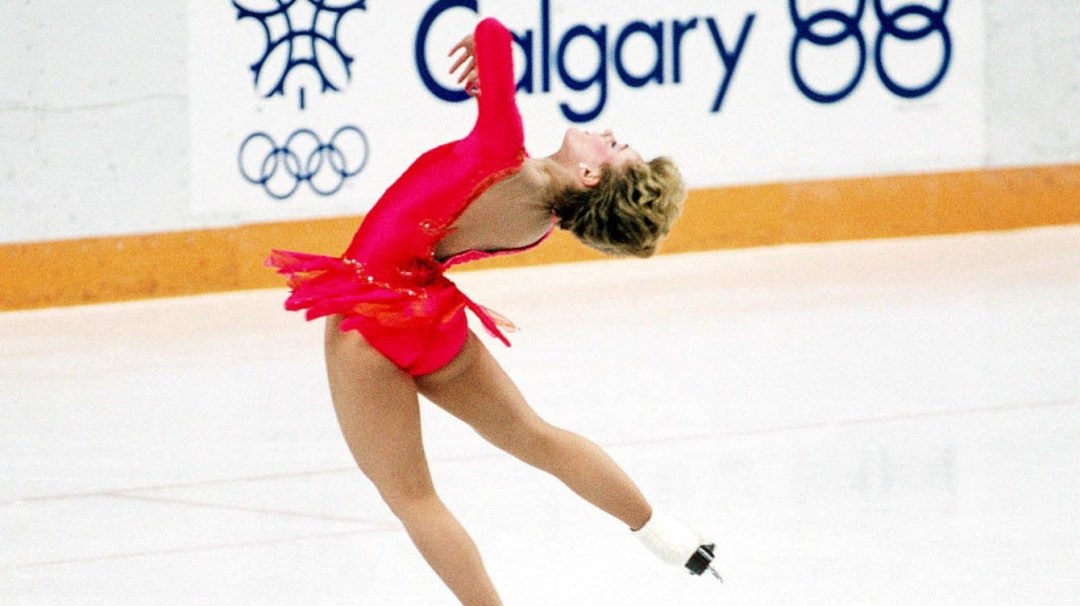 Elizabeth Manley had the performance of her life at Calgary 1988 to win the Olympic silver medal in women’s figure skating. She followed up a few weeks later with another silver at the world championships.

Manley made her world championship debut in 1982, the same year she won bronze at the world junior championships. The following season, she moved to Lake Placid for a more competitive training environment, but battled homesickness and depression. She missed the podium at the 1983 Canadian Championships and considered leaving figure skating behind.

But she revived her career with the guidance of coaches Peter and Sonya Dunfield, returning to the Ottawa area which had become her hometown. She qualified for the Canadian Olympic Team in 1984 and won the first of her three national titles in 1985. In 1987, she was in contention for the world championship podium after a second-place finish in the short program, but a difficult free skate left her in fourth place.

Heading into Calgary 1988, most of the media attention centred around East German Katarina Witt and American Debi Thomas. Their rivalry was dubbed the “Battle of the Carmens” as both world champions had selected music from Bizet’s opera. But Manley put herself into the podium mix by placing fourth in the compulsory figures and third in the short program. In the free skate, Witt skated conservatively and Thomas skated poorly, giving Manley the opening she needed. With her technically superior performance, Manley won the free skate to finish second overall behind Witt.

The 1988 World Championships were also a close competition. Manley placed second in the figures but was just fourth in short program. She then finished second in the free skate for the silver medal overall.

Manley chose to end her competitive career with the Olympic and world championship silver medals. She published two volumes of her autobiography, Thumbs Up! and As I Am: My Life After the Olympics. She continued to perform in shows, including a CBC production The Trial of Red Riding Hood. Manley has also done some figure skating commentary, including for CTV at Vancouver 2010.