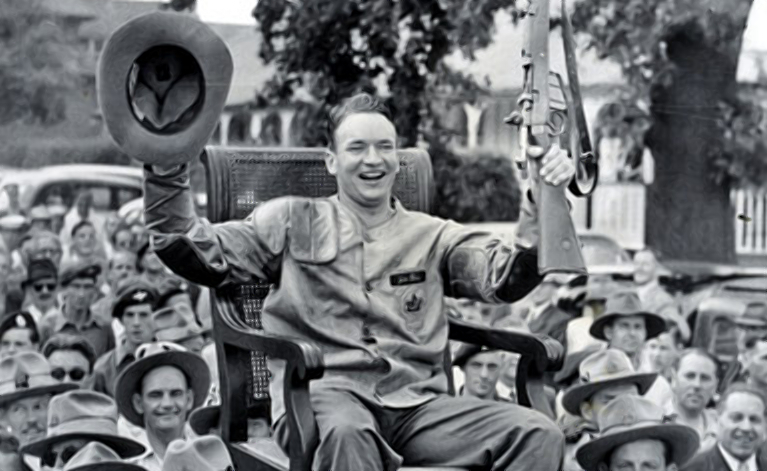 Gilbert Boa made his Olympic debut at Helsinki 1952 where he found himself in a three-way tie for third in the small-bore, rifle, 50m with American Art Jackson and German Erich Spoerer, each having scored 399 out of a total 400 points. In the first tie breaker, Boa and Jackson had more hits in the center ring, yet Jackson had the more accurate shot and was awarded the bronze, putting Boa in fourth.

It was in his second Olympic appearance at Melbourne 1956 where Boa enjoyed his best Olympic result, even though, once again, he found himself in a four-way tie for third. The tie-breaker worked in his favour this time and he was awarded the bronze medal, standing on the podium with countryman Gerry Ouellette (with whom he had shared a rifle with in the competition).

Boa went on to compete at the next three Olympic Games (Rome 1960, Tokyo 1964, Munich 1972) but only came close to the podium in the 50m rifle, prone in Munich, where he was fourth (although not by virtue of a tie-breaker). He was also Canada’s flag bearer in the Opening Ceremony.

In a shooting career that started at the age of 13 and lasted for three decades, Boa retired as one of Canada’s greatest shooters. Coming from a family of marksmen, Boa was the son of James Boa, an international sport shooter and 1923 world champion in 300m military rifle prone. His grandfather Andrew Boa, his brother and his children were all competitive shooters.  He died of a brain hemorrhage in September 1973, at the young age of 49.

Boa attended Oakwood Collegiate Institute in Toronto. He was inducted into the Canadian Olympic Hall of Fame in 1955 and Canada’s Sports Halls of Fame in 1958.