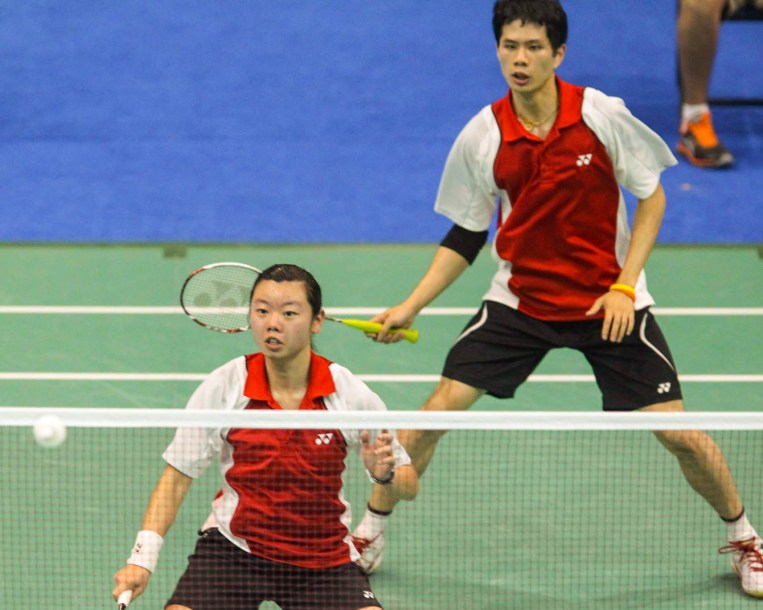 Two-time Pan Am Games medallist Grace Gao made her first appearance at an Olympic Games in London and competed in the badminton mixed doubles event with partner Toby Ng. The duo finished in 13th place.

Gao joined Ng as a 2012 mixed doubles national champion and came off an impressive 2011 season after earning bronze in women’s doubles with partner Joycelyn Ko at the Pan American Games. At those Games, Gao also won mixed doubles gold with her 2012 Olympic partner Ng. Gao and Ng claimed more gold that year at Canadian nationals.

In 2010, Gao and Ng won the mixed doubles titles at the Pan American Badminton Championships. She also won gold in the team event and the women’s double event.

Gao and Ng won their first major title together in 2009 claiming the mixed doubles title at the Pan American Badminton Championships. Gao also won a gold medal in the team event there and added a women’s doubles silver.

Derrick Ng is one half of the best men’s doubles team in Canada. With partner Adrian Liu, they are a...