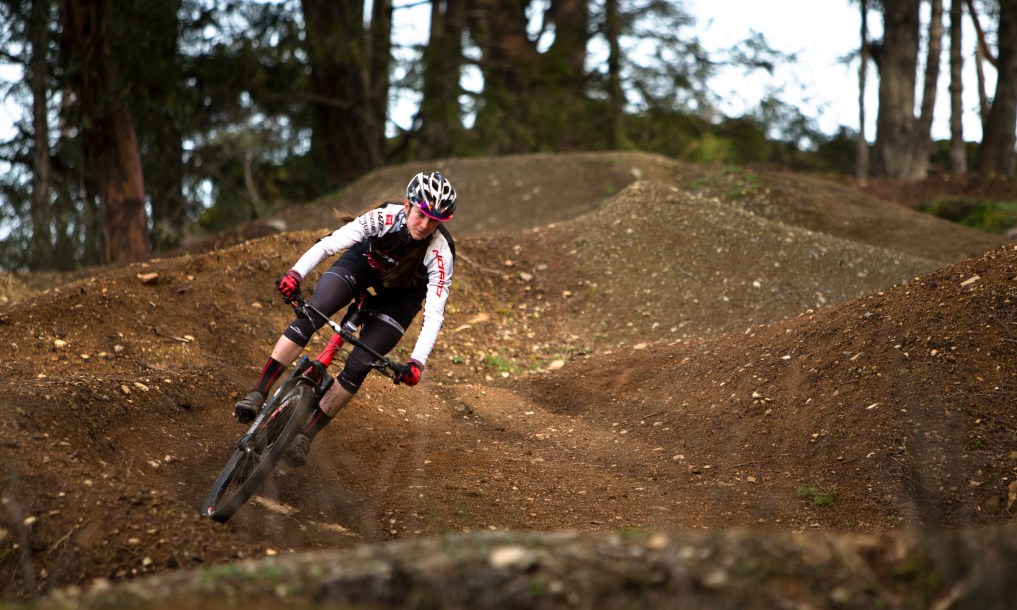 Haley Smith first started mountain biking as she was entering high school but had to put the bike away for a while to receive treatment for serious anxiety and anorexia. After giving her mental health the attention it needed, she returned to competitive mountain biking and made her first junior world championship team as she graduated from grade 12.

Over the next four years, Smith competed internationally in the U23 division, including at three world championships. An early highlight was her first win at a Canada Cup event in Horseshoe Valley in 2015. That same year, she won the U23 national title and won bronze at the American Continental Championships.

In 2016, Smith competed on the elite World Cup circuit and entered the elite race at the UCI World Championships for the first time. She broke into the top-20 at the 2017 World Championships as she finished 16th. In 2018, she won a bronze medal at the Commonwealth Games in Gold Coast, Australia. She also achieved a career-best result at the world championship, finishing sixth.

Smith built off that in 2019, earning her first World Cup podium in May as she finished third at the second stop of the season in Nové Město, Czech Republic. She added another top-10 finish a few months later in Les Gets, France. But she is most proud of her performance at the 2019 World Championships in Mont-Sainte-Anne, Quebec where she came back from dealing with injury, illness, and extreme mental fatigue in the middle of the season to finish 12th in front of the Canadian fans.

In 2020, the COVID-19 pandemic and resulting lockdown was extremely difficult for Smith, who found herself falling back into old habits and thought patterns characteristic of her eating disorder. Not truly aware of how she was feeling at the time, she entered the condensed World Cup season, but after being unable to finish the second event, she realized she was in crisis and returned home to seek help, both professional and from her family. Back in a place of equilibrium, but with a better understanding that she needed to embrace her struggles as part of her whole self, she was back on the World Cup circuit in 2021.

A Little More About Haley

Getting into the Sport: Started mountain biking at 13, riding with her dad and brother in the summer while she played hockey in the winter… Early on had great endurance and was a skilled climber but struggled technically… Focused solely on mountain biking when she started university… Outside Interests: Graduated from Queen’s University in 2015 with a Bachelor of Science in Kinesiology… Ambassador for Fast and Female and Cam’s Kids… Enjoys cooking, reading, creating new things through a variety of hobbies, traveling and taking long rides on her road bike in new destinations… Loves movies, especially Disney, Harry Potter, and Marvel… Frequently talks with others about her mental health struggles, engaging one-on-one with girls who may be going through something similar… Odds and Ends: Biggest inspiration has been coach Dan Proulx who helped guide her from being a shy teenager with mental health and confidence issues to someone who wants to be the best version of herself… Favourite quote: “If not me, who? If not now, when?”…