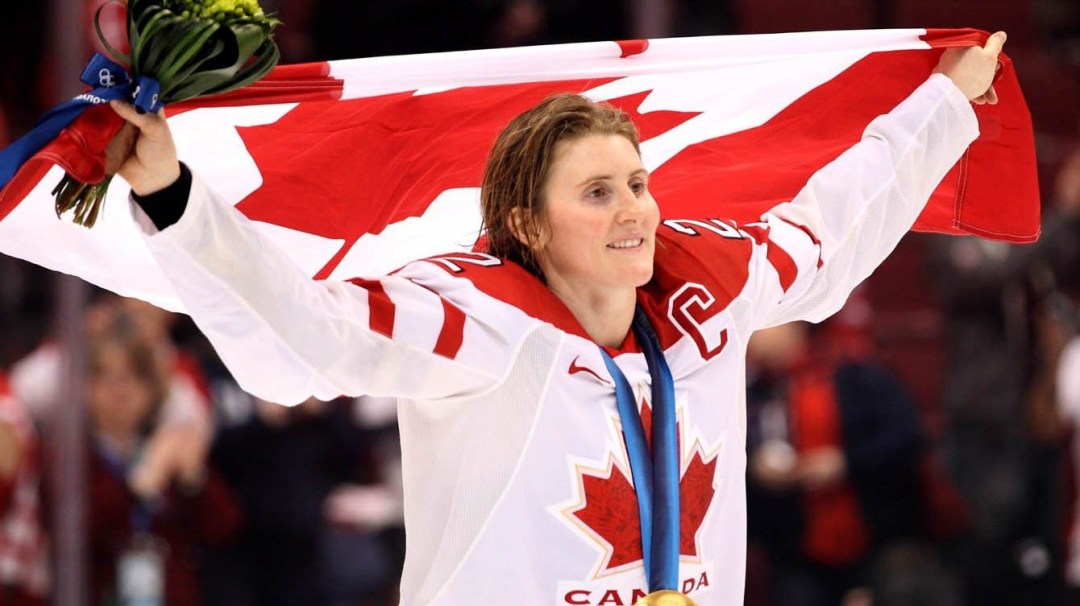 The longest serving member of Canada’s National Women’s Team, Hayley Wickenheiser competed in the first five Olympic Games in which women’s hockey was included, winning four gold and one silver medals to make her one of Canada’s most decorated Olympians.

Wickenheiser first played for Canada’s National Women’s Team in 1993-94, making her world championship debut when she was just 15 years and four months old, the youngest player to ever represent Canada at the IIHF Women’s World Championship. During her lengthy career she has competed at 12 world championships, winning seven gold medals.

The all-time leading scorer internationally for Canada’s National Women’s Team, Wickenheiser has earned several individual accolades at the Olympic Games. At Salt Lake City 2002 she was the tournament leading scorer with seven goals and three assists, earning her MVP and Top Forward honours. At Turin 2006 she repeated as MVP and Top Forward with five goals and 12 assists to again lead all scorers.

In recognition of her stature, Wickenheiser was selected to take the Athletes’ Oath at Vancouver 2010. She was also elected to the IOC Athletes’ Commission at Sochi 2014.

In 2007 Wickenheiser won the Bobbie Rosenfeld Award as Canada’s female athlete of the year, having led Canada to gold at that year’s world championship with her tournament high eight goals and six assists.

In January 2003 Wickenheiser began to play for Kirkkonummen Salamat in the second division of the Finnish Elite League. Three weeks after her debut she became the first woman to score a goal in a men’s professional league.

In the fall of 2010, Wickenheiser began attending the University of Calgary and playing varsity hockey for the Dinos. In her first year she won the Broderick Trophy as CIS Player of the Year. In 2011-12 she helped the Dinos win their first ever CIS national title.

Wickenheiser’s Olympic experience is not limited to hockey. She competed in softball at Sydney 2000, making her the second Canadian female athlete to compete at both the summer and winter Games. Wickenheiser was Canada’s flag bearer for the Sochi 2014 Games.

In 2017, Wickenheiser retired as Canada’s all-time leading scorer in women’s hockey, notching 379 points – 168 goals and 211 assists – in 276 international games. She was inducted to the IIHF Hall of Fame and the Hockey Hall of Fame in 2019.

A little more about Hayley

School: Graduated from the University of Calgary with a Bachelor of Kinesiology with distinction in June 2013… Odds and Ends: Appointed an Officer of the Order of Canada in June 2011… In July 2006 the sportsplex in her hometown of Shaunavon, Saskatchewan was renamed Wickenheiser Place in her honour… Active with such charities as Spread the Net, Clean Air Champions and Right to Play…