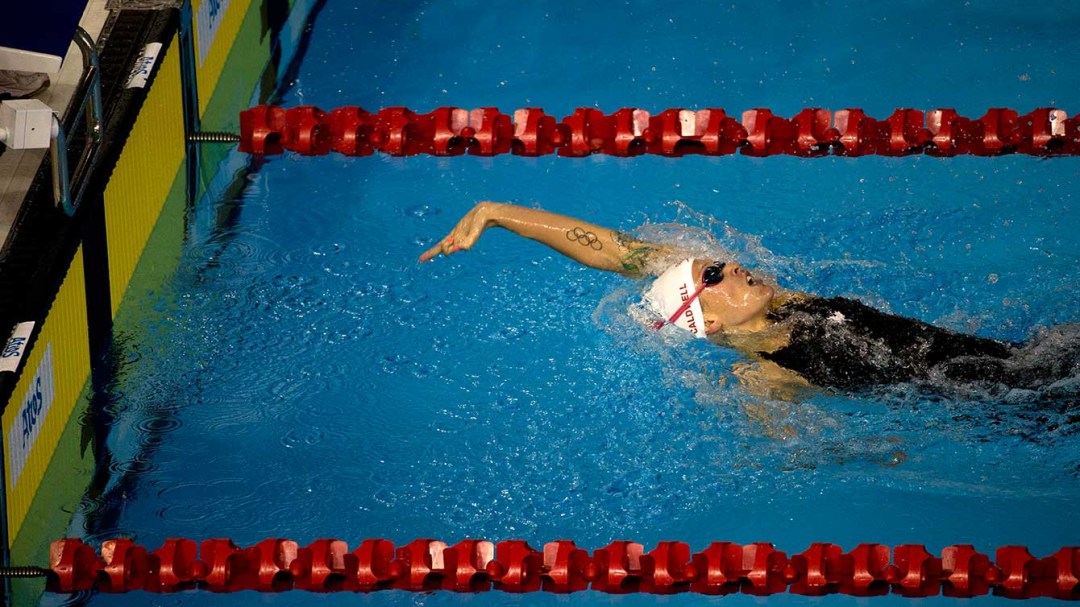 In her second Olympic appearance, Hilary Caldwell won 200m backstroke bronze at Rio 2016 for Canada’s sixth medal of the Games in the swimming pool. Caldwell’s major international breakthrough came in 2013 when she not only qualified for her first world championship team but also won bronze in the 200m backstroke, becoming Canada’s first world medallist in that event since Cheryl Gibson in 1978. She broke the Canadian record in all three rounds, setting the mark at 2:06.80, and went on to be named 2013 Female Swimmer of the Year at Swimming Canada’s Big Splash Awards. In 2014 Caldwell won 200m backstroke bronze at the Commonwealth Games in Glasgow. She then set a Pan Am record in winning 200m backstroke gold at Toronto 2015, sharing the podium with silver medallist teammate Dominique Bouchard. At the 2015 FINA World Championships she made it to the final of the 200m backstroke and semifinals of the 100m backstroke. Caldwell has wanted to represent Canada since she watched the Sydney 2000 Olympic Games. One of her first opportunities came at the 2011 Universiade where she won the silver medal the 200m backstroke. A second place finish at the 2012 Canadian Trials earned her a trip to the Olympic Games in London where she finished 18th in the 200m backstroke.

Family: Parents Chalmers Caldwell and Gillian Douglas… Younger sister Katie is also a swimmer… Getting into the Sport: Learned to swim in her backyard pool before she could walk… Started swimming competitively at age 6… At her first meet refused to swim the 25m backstroke because the ceiling of the pool didn’t look like the one at her home pool… Outside Interests: Studying French at the University of Victoria… Would like to be an editor after swimming… Enjoys reading young adult fiction… Odds and Ends: Nickname: Hils… Always has to have bright sparkly finger nails before competing… Favourite motto: I’ll make it to the moon if I have to crawl… Has six tattoos…