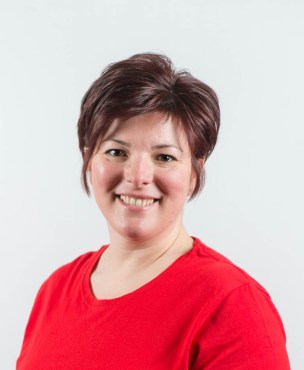 A Canadian champion in 2008 and 2014, Isabelle Rioux will make her Pan American Games debut at TORONTO 2015. Since first competing at the national championships in 1999, Rioux has been named to the Canadian team 12 times. After attending her first world championships as a youth competitor in 2000 she realized that she wanted to be able to compete with the best so she devoted three years to re-working her fitness as well as her technical and mental games to get back on the Canadian team. That has helped her to be a stalwart on the international scene since 2004. Rioux has more than a dozen international medals to her credit, but none more important than the silver in trios won at the 2013 World Championships.

Family: Parents Marcel Rioux and Jacynthe Savard… Older brother Martin… Husband Luke Doucet… Getting into the Sport: Started bowling at age 16… Her father needed a replacement for her injured mother and thought it was a fun activity they could do together… Wanting to do better, she began taking lessons and entering tournaments… Outside Interests: Enjoys swimming, reading and playing golf… Graduated in 2000 with a Bachelor of Social Communication… Works in human resources in the department of health and social services for the Government of Quebec… Odds and Ends: Role model is Nadia Comaneci because she was a gymnast in her youth and Comaneci’s determination inspired her dreams and discipline… Always travels with her journal… Favourite mottoes: “I was born to bowl” and “Work always pays off. Dreams are made to be realized”… Collects magnets, card games and coffee mugs from her international travels… Good luck charms include bookmarks of her late grandfather and grandmother…

Robin Orlikowski has been a proud member of the national bowling team for 11 years, including a trip to the...

As the daughter of a two-time Olympic gold medallist, Tabitha Baumann has to look no further than her own father...