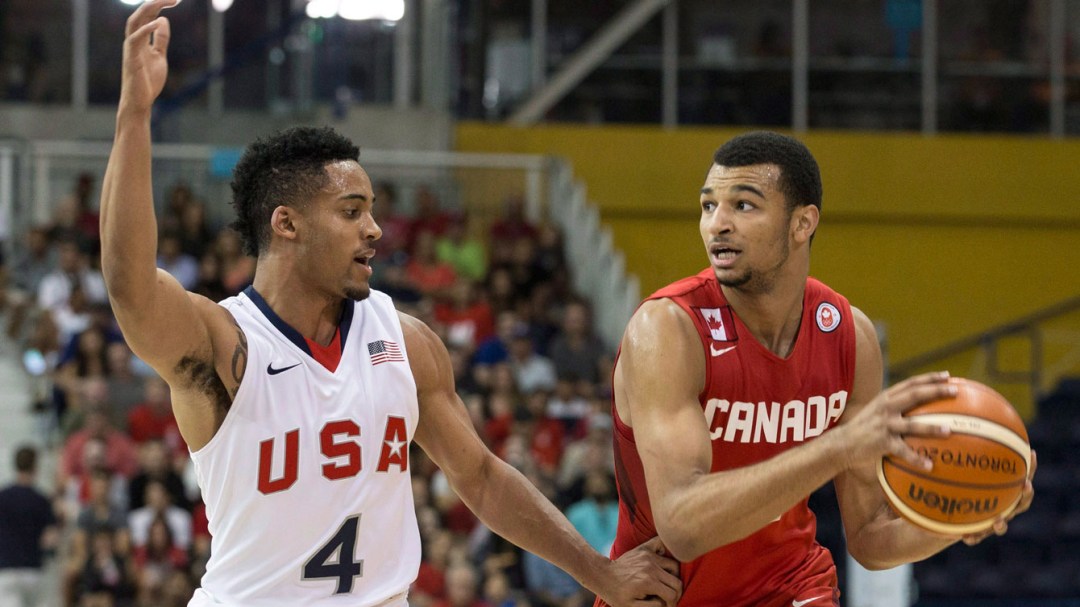 Jamal Murray first represented Canada at the 2013 FIBA Americas U16 Championship in 2013, helping Canada win the bronze medal. He averaged 17.4 points, 5.6 rebounds and 32 minutes in five games. In 2014 he was part of the Canadian team that finished sixth at the FIBA Americas U17 Championship, averaging 16.4 points and 27 minutes in seven games. In 2013 he was an MVP of the Jordan Brand Classic International Game played at the Barclays Center in Brooklyn, where he scored 24 points, including 16 in the second half. The game featured the top 16-and-under players from outside the United States.

Anthony Bennett made history in 2013 when he became the first Canadian to ever be selected first overall in the...

Alyssa Jerome was named tournament MVP of the 2015 U16 FIBA Americas, averaging 13.2 points per game and leading Canada…