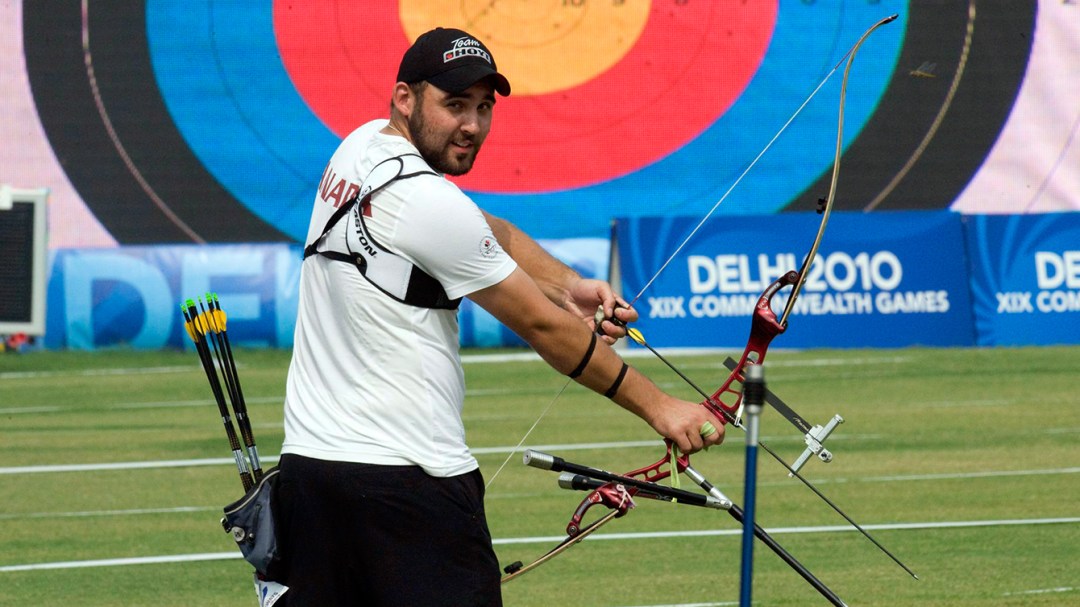 Jay Lyon competed internationally for the first time at the 2004 World Youth Championships. Since then, he has become one of Canada’s top archers, with a career-high world ranking of 20th. He has attended two Pan American Games, winning team silver at Rio 2007 where he finished fourth in the individual event. He just missed another team medal at Guadalajara 2011. In 2010 he captured an individual silver medal at the Commonwealth Games in Delhi. In his Olympic debut at Beijing 2008 he was part of Canada’s best ever Olympic result in the team event, finishing 11th alongside Crispin Duenas and J.D. Burnes. Lyon finished fifth at the 2011 World Archery Championships, which at the time was the best result by a Canadian recurve archer since match play was introduced in 1987.

Family: Parents Bruce and Marcia Lyon… Older brother Blair Lyon was also a competitive archer… Getting into the Sport: Started in archery at age 15 when his older brother suggested he try for an open spot on Manitoba’s 2003 Canada Games team where he won individual bronze and team gold… Outside Interests: Graduated from the University of Winnipeg in 2014 with a Bachelor of Physical Health in Kinesiology… Enjoys playing hockey… Odds and Ends: Personal role model is coach Jay Barrs because he won a gold medal and was left handed…