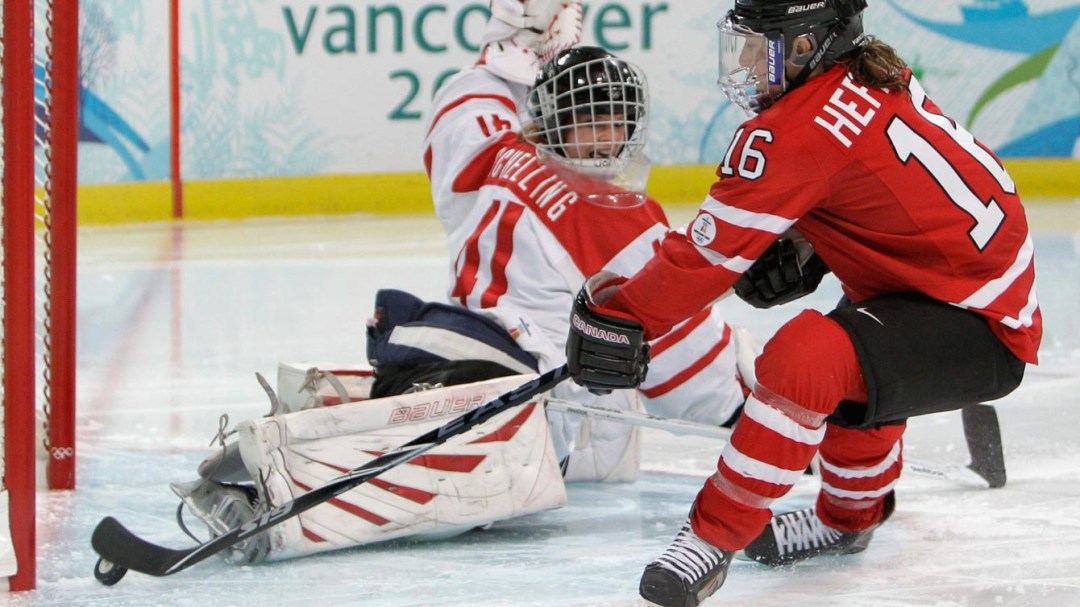 With her five Olympic medals, including four gold, Jayna Hefford is one of Canada’s most decorated Olympians. After making her world championship debut in 1997, Hefford became one of the longest serving members of Canada’s National Women’s Team. She made 12 world championship appearances, winning seven gold medals and five silver medals. When she announced her retirement in September 2015, Hefford ranked second all-time in Team Canada history with 267 games played, 157 goals scored and 291 points.

At Salt Lake City 2002, it was Hefford who scored the eventual gold medal-winning goal with just one second to play in the second period of the final against the United States. Amongst her other accolades, Hefford was named Top Forward at both the 2004 and 2005 IIHF Women’s World Championships. She was also named to the Media All-Star team at the 2004 Worlds.

When not competing for Canada, Hefford played for the CWHL’s Brampton Thunder. In 2010-11, 2011-12 and 2012-13 she helped the team reach the Clarkson Cup. In 2008-09 she won the Angela James Bowl as the CWHL’s leading scorer, a year after helping Brampton win the CWHL championship. The CWHL now awards the Jayna Hefford Trophy to the league’s most outstanding player as voted by the players.

A little more about Jayna

Getting into the Sport: Started playing hockey at age six… Her older brother played and both parents were heavily involved in the sport… School: Graduated from the University of Toronto in 2004 with a Bachelor of Science in physical and health education… Outside Interests: Enjoys cooking and golfing… Runs a hockey school with Brampton teammate Lori Dupuis… Affiliated with several charities: University Hospital Kingston Foundation, CanFund and Right to Play… Holds an annual charity golf event in memory of her father for UHKF which has raised more than $90,000 in five years… Odds and Ends: Favourite Olympic memory is watching the Canadian team walk into the Calgary 1988 Opening Ceremony… Inspired by former teammates such as Cassie Campbell and Vicky Sunohara…  Favourite motto: The heart carries the feet, not the feet the heart…