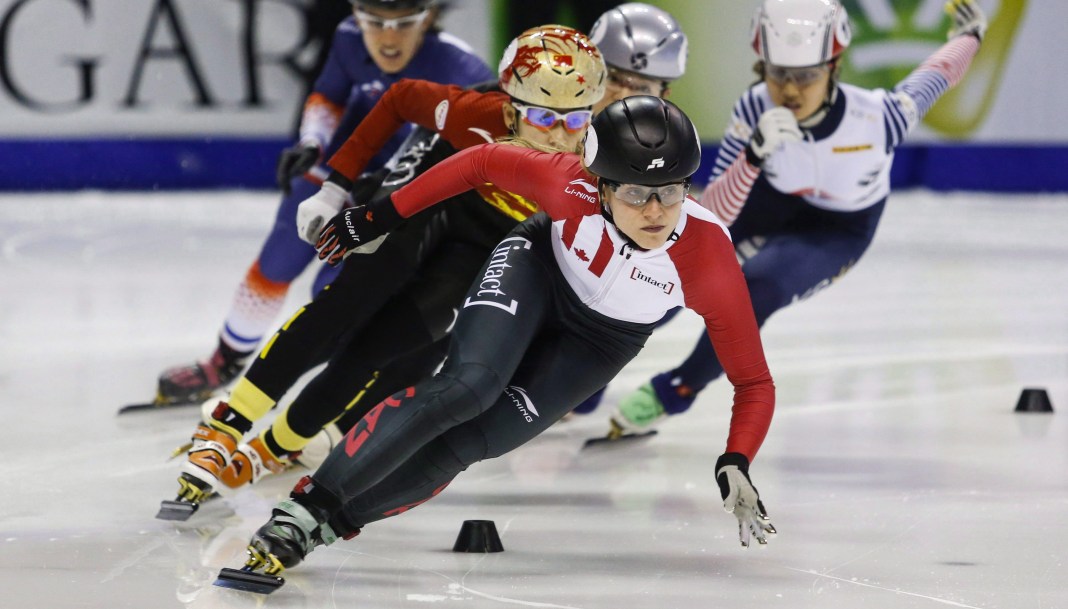 Kasandra Bradette began competing internationally for Canada in 2011-12 when she made her World Cup debut. But her progress stalled the following season when she was sidelined by spondylosis, degeneration in her back. After not making it past the national team trials in 2013-14, she returned to the World Cup circuit in 2014-15, this time on a fulltime basis. She won her first medal with the 3000m relay, taking bronze at the season’s first World Cup stop in Salt Lake City. Later in the year she claimed her first individual medal, winning 500m bronze at the third World Cup stop in Shanghai. She also made her world championship debut.

In her second world championship appearance in 2016, Bradette stood on the podium twice, winning an individual bronze medal in the 1000m and a silver medal with the 3000m relay. At the Canadian selection trials for PyeongChang 2018, Bradette finished third in the overall standings. She made her Olympic debut as a member of the 3000m relay team.

A little more about Kasandra

Getting into the Sport: Started skating at age 11… She wanted to play hockey but her father enrolled her in short track after seeing highlights of Marie-Ève Drolet win gold at the 2000 World Junior Championships… She didn’t know what short track was at the time, but was surprised by how free she felt on the ice…She was one of just four or five skaters in the club, a group that also included Marianne St-Gelais… It was seeing St-Gelais compete in her first World Cup that sparked her Olympic dream and prompted her move to Montreal for training… Outside Interests: Enjoys cooking and baking desserts, reading, hiking in nature… Studying biochemistry at UQAM, taking one class at a time, but considering a switch to veterinary school… Odds and Ends: Competed in track and field (100m, 200m, long jump) at the 2003 and 2005 Quebec Games… Always wears special earrings while competing…

Three-time Olympian Annie Perreault was the first Canadian and only Canadian woman to win individual Olympic gold in short track...