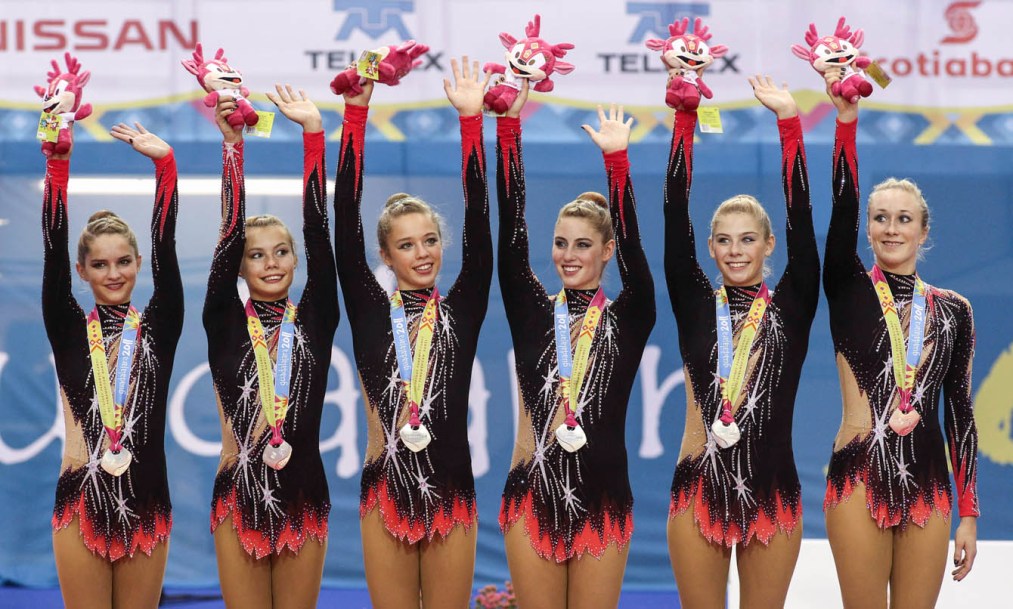 Katrina Cameron helped make Canadian Olympic history at London 2012 where she was a member of the first Canadian rhythmic gymnastics group to ever qualify for the Olympic Games. The group went on to finish 11th in the all-around. Two years earlier she was a member of the Canadian group that won bronze at the inaugural Youth Olympic Games. In between, she made her Pan American Games debut at Guadalajara 2011, helping Canada to three medals, including silver in the all-around. At the 2014 World Championships the Canadian group finished 21st in the all-around to qualify for the 2015 World Championships which is the first qualification event for the 2016 Olympic Games.

Family: Parents Alan and Ann Cameron… Older sister Alana… Younger brothers Brett and Scott… Getting into the Sport: Started gymnastics at age 5, focusing on rhythmic because she was flexible and seemed built for it; also liked the pretty bodysuits… Naturally left-handed, had to learn do everything with her right hand to be part of the senior group… Outside Interests: In September 2015 will enter third year of undergraduate humanities studies at York University… Enjoys being active on social media… Odds and Ends: Nicknames: Trina, Kat, Katreenie weenie… Favourite motto: Everything happens for a reason… Self-describes as adventurous… Before going onto competition carpet will slap hands with teammate Anjelika Reznik, pinch her ears and say a quick prayer… Collects pins…