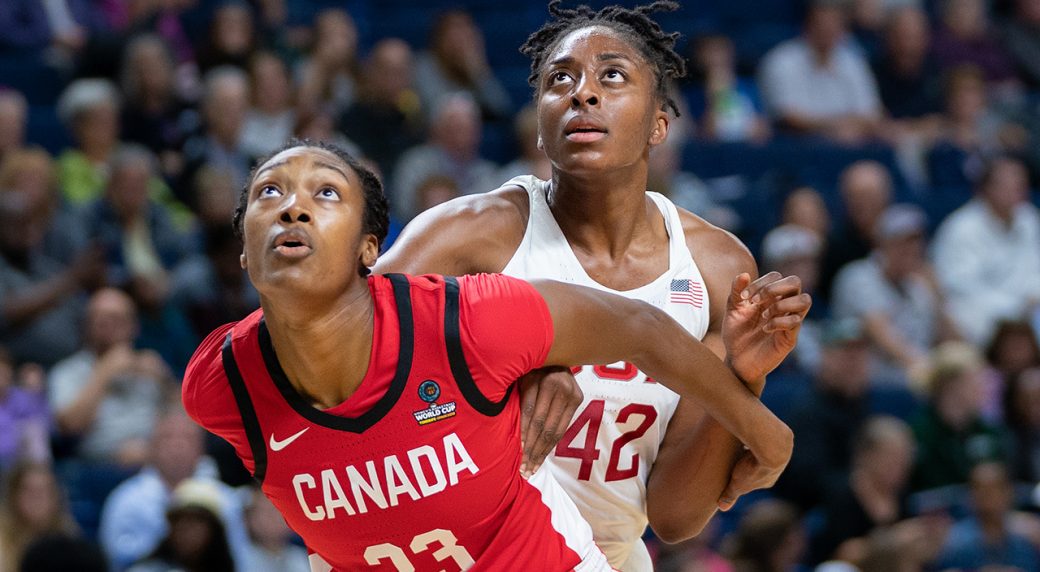 Alexander made her first appearance with the senior national team in 2018 for a pair of exhibition games in the United States. She was named to the roster for the 2018 FIBA World Cup but an MCL injury in those exhibition games prevented her from playing. In 2019, she was with the national team for a three-game tournament in Belgium and a pair of exhibition games in Great Britain before the FIBA AmeriCup. There, she averaged 22.8 minutes, 15.6 points, and led the tournament with 10.2 rebounds per game. The team won silver and Alexander was named in the AmeriCup All-Star 5. In 2020, coming off a PCL injury, she helped the Canadian team go 3-0 at FIBA Olympic Qualifying Tournament, securing Canada’s third consecutive Olympic appearance.

Alexander played collegiately at Syracuse from 2010 to 2013 and was named to the BIG EAST All-Freshman team. As a sophomore, she led the team in points and blocks on her way to being an All-BIG EAST First Team member. She followed that up by setting a school record for blocks in a season (96) and was named to the All-BIG EAST Second Team. As a senior, she set the single-season school scoring record (573 points), was the Syracuse 2013 Female Athlete of the Year, returned to the All-BIG EAST First Team, and was an AP All-American honorable mention. She finished as the school’s all-time leader in points, blocks, and games played.

Drafted with the eighth pick in the first round of the 2013 WNBA Draft by the San Antonio Silver Stars, Alexander would spend her first five seasons in the league with the organization before being traded to the Indiana Fever. She has since made stops with the Chicago Sky and the Minnesota Lynx. She has spent her WNBA off-seasons playing overseas with stops in Russia, France, Korea, Australia, and Poland. Highlights of her pro-international career include a Russian Premier League Championship with Vologda-Chevakata in 2015 and leading the Adelaide Lightning of the WNBL to a finals appearance in 2019.

A Little More About Kayla

Getting into the Sport: Started playing when she was 12… Outside Interests: Majored in Social Studies, Education, French and History at Syracuse… Would like to be a teacher after basketball… Author and illustrator of a children’s book entitled ‘The Magic of Basketball’… Odds and Ends: Brother Kyle Alexander plays professional basketball…