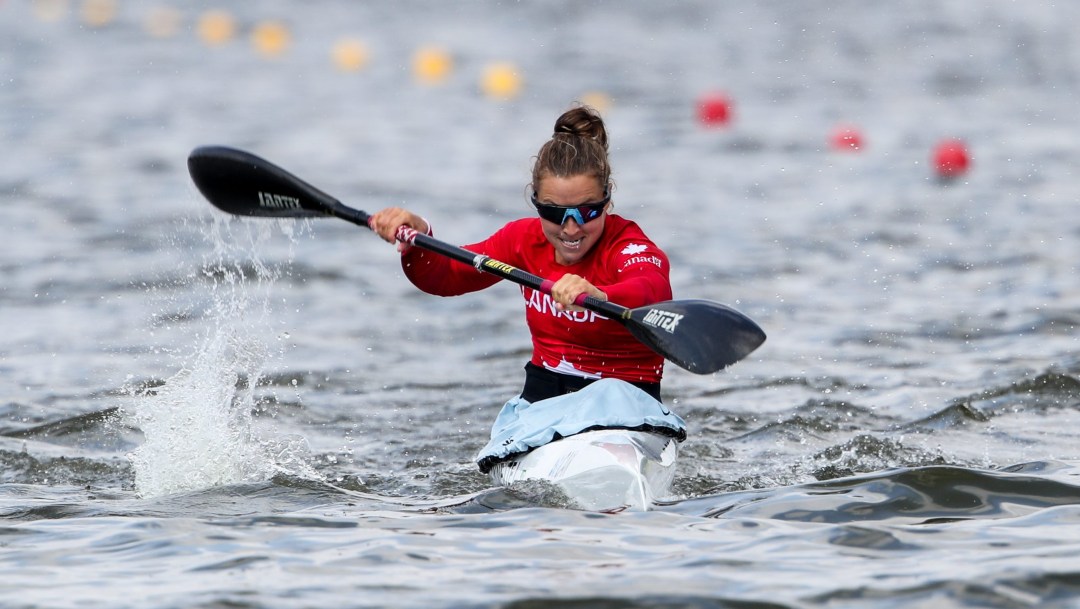 Lissa Bissonnette joined the national team in 2009. She made her World Cup debut the following year and earned her first international medal, a bronze in the K-2 1000m, at the 2010 Pan American Championships.

She rejoined the World Cup circuit in 2017 and made her senior ICF World Championship debut that summer, finishing 11th with the K-4 500m crew.

Bissonnette won another pair of Pan Am gold medals in 2018, taking top spot in the K-2 500m and K-4 500m. She also made the A Final with the K-4 500m team at the Montemor World Cup and the ICF World Championships.

A Little More About Lissa

Getting into the sport: Grew up as a competitive alpine skier and had kayaked as a form of cross training in the summers… Made the switch to kayaking full time when she was 16… Outside Interests: Works as a substitute teacher… Enjoys alpine skiing, cross country skiing, water skiing, skating on the Rideau Canal to get a Beaver Tail… Odds and Ends: Always wears a yellow shirt from her hometown canoe club in Sherbrooke for warmups… Collects mugs from her international travels… Inspired by Canadian hockey goalie and close friend, Geneviève Lacasse, who she met while training at the same gym and who has helped her keep pushing herself… Favourite motto: “When you know your WHY, your WHAT becomes more meaningful”

Andréanne Langlois first represented Canada as a 16-year-old at the 2009 ICF Junior World Championships, making the final in the…