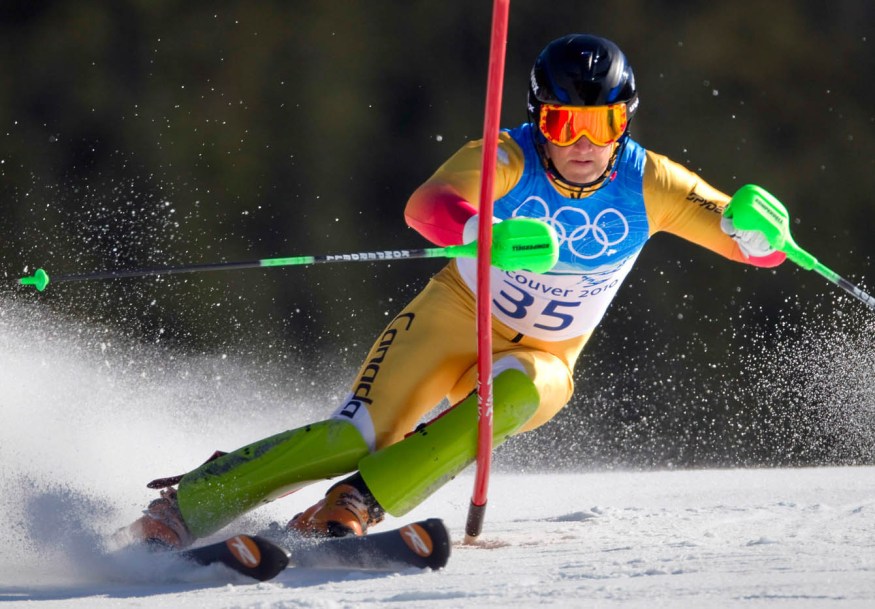 Louis-Pierre Hélie made his Olympic debut at Vancouver 2010 where he finished 30th in the men’s super combined.

Sport idol is Alberto Tomba … Enjoys motocross, golf and movies … If not a skier, would be an architect or engineer … Pre-race ritual: Flash a big smile at the start … Favourite motto: When we want to, we can.

Maxime Gingras made his Olympic debut at Vancouver 2010 where he finished 11th in the men's moguls event.

Morgan Pridy got a taste of the Olympic experience when he served as a forerunner for the downhill and super-G...