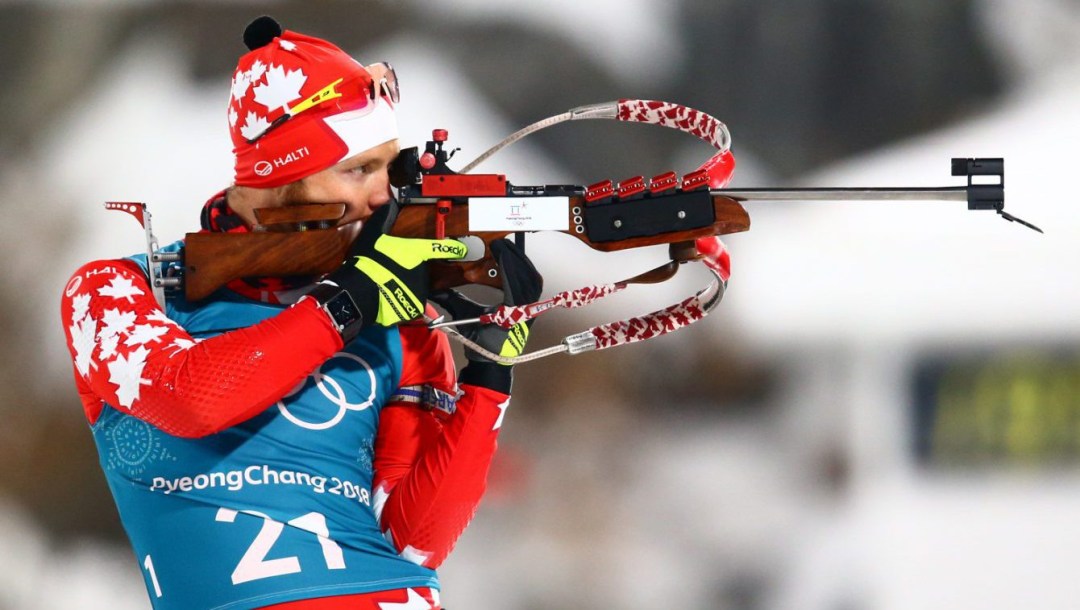 After two years with the provincial training centre, he moved up to join the national team, gradually working his way through the ranks to become part of the Eh! Team in 2016. Davies achieved some career highlights in 2015-16, posting his best-ever World Cup result when he placed 10th in the sprint in Oestersund, Sweden in December. He was the only man in the field to have a perfect day of shooting. He made his world championship debut later that season, the first of his back-to-back appearances.

Davies couldn’t carry that success through the 2016-17 season, leaving him frustrated and angry at the end of it and questioning if he wanted to continue in the sport. After a month and a half completely removed from biathlon, he returned relaxed and ready to tackle the challenge of qualifying for PyeongChang 2018. In his Olympic debut, Davies was a member of the 4×7.5km relay team that finished 11th.

A little more about Macx

Getting into the Sport: Started cross-country skiing in a Jack Rabbits program at the Canmore Nordic Ski Club… Was introduced to summer biathlon in 2005… Competed in biathlon and cross-country skiing for six years until he was accepted into the Biathlon Alberta Training Centre… Says that early on he was a terrible shot, which forced him to become a faster skier to make up for his missed targets… Outside Interests: Loves making things while on the road for biathlon; in the past has done latch hook, crochet, beadwork, leatherwork… Always travels with a cribbage board for team card games… An outdoor enthusiast who enjoys backcountry skiing, hiking, camping…… Also enjoys playing piano, hacky sack and slacklining… Tries to always be taking an online course through Athabasca University… Odds and Ends: A short movie called “Macx the Man” was made about him at the 2016 World Championships… Favourite motto: Embrace the pain…

Scott Gow was part of Canadian biathlon history at the 2016 IBU World Championships where he, along with younger brother…

Christian Gow was part of Canadian biathlon history at the 2016 IBU World Championships where he, along with older brother…

Scott Perras made his Olympic debut at Sochi 2014 where his highlight was being part of the men’s 4 x...