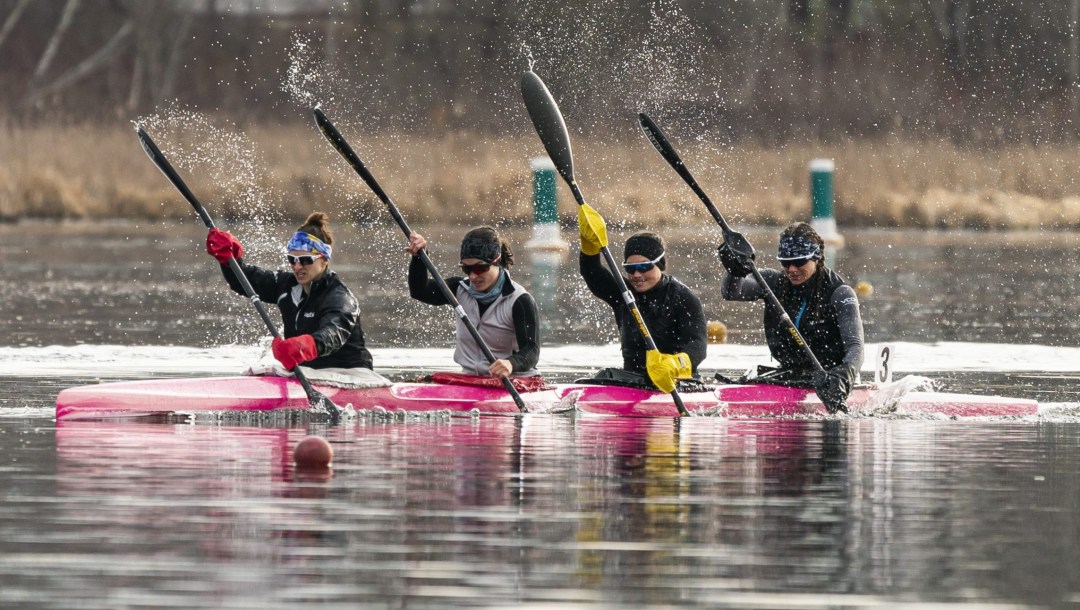 Madeline Schmidt first represented Canada internationally at the 2011 Junior World Championships, making the final in the K-2 200m. Two years later she would win world junior bronze in the K-1 200m. But after that very successful 2013 season, she struggled with her mental health over the next couple of years. She credits her family, friends, and coaches for creating a strong support system and helping her to seek help and take the time she needed to overcome her depression.

In 2016, Schmidt competed in two World Cup events and was part of a K-4 200m crew that made the A final at each event while also competing in the K-2 500m. That year, she competed at the U23 World Championships for the first time and made the K-2 500m final with Alanna Bray-Lougheed. Schmidt returned to the U23 Worlds in 2017 where she competed in three events, highlighted by an A final appearance in the K-1 500m.

Schmidt was back on the World Cup team in 2018, making the A final with the K-4 500m at both competitions she entered. She raced at the U23 Worlds one last time and went on to make her debut at the senior ICF World Championships. There she was part of the K-4 500m crew that advanced to the A final. A month later, the K-4 team celebrated their first international gold medal together at the 2018 Pan American Championships in Dartmouth, N.S. Schmidt doubled her medal total by claiming gold in the K-1 1000m.

A Little More About Madeline

Getting into the Sport: Started paddling at age 8… Decided to pursue kayaking instead of swimming because it allowed her to be outdoors more… Has wanted to compete in the Olympics since watching the Games with her mom as a child and seeing how strong the female rowers were; said she wanted to be like that so her mom took her to the canoe club… Her mother Louise was a member of the canoe/kayak national team in her youth… Outside Interests: Works as the social media coordinator for the non-profit organization Fast and Female that seeks to empower young girls and teenager through sport… Enjoys creating things, whether drawing, reading, sewing, writing… During the offseason, likes to get outdoors hiking and biking… Odds and Ends: Nickname: Maddy… Favourite Quote: “Today you are you, that is truer than true, there is no one alive that is you-er than you!” -Dr Suess…