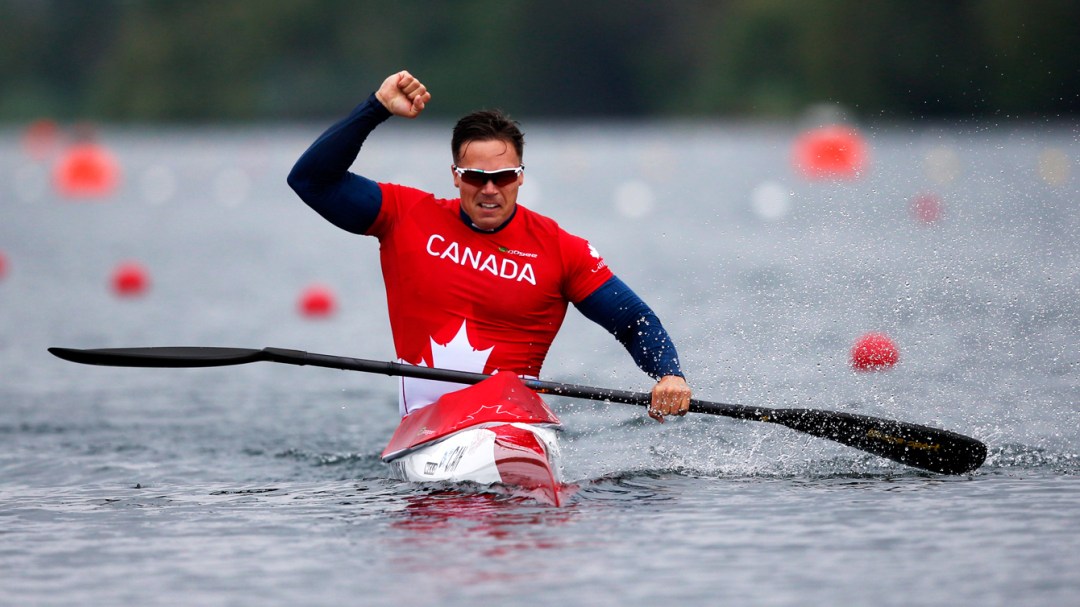 Mark de Jonge’s first goal in a kayak had been to just stay upright. Two decades later he was amongst the best paddlers in the world. After missing out on qualifying for both the 2004 and 2008 Olympic Games, de Jonge’s time to shine came when the quick sprint K-1 200m was added to the Olympic program for London 2012. After a breakout season in 2011 when he won a World Cup medal, he captured bronze in his Olympic debut at London 2012. He had qualified for the Olympic team despite being unable to paddle for several weeks before the Canadian trials when he dropped an 80-pound dumbbell on his finger. After sitting out the World Cup stops, he won the trials in a faster time than ever recorded in international competition.

Over the next two years de Jonge became Canada’s most consistent kayaker. In 2013 he won his first World Cup gold medal and finished second at the ICF World Championships by just 0.03 of a second. He bettered himself in 2014, setting a best-ever K-1 200m time in an ICF event in the semifinal before claiming the world title. He successfully defended that world championship gold medal in 2015, making him the first man to win back-to-back titles since 2003. Earlier in the summer he won K-1 200m gold at the Pan Am Games in Toronto and added a bronze medal in the K-2 200m.

A Little More About Mark

Getting into the Sport: Started kayaking at age 13… After moving to Halifax in 1997 his parents registered him with the Maskwa Aquatic Club so he could meet more kids his own age… Outside Interests: Graduated from Dalhousie University in 2009 with a Bachelor of Engineering in Civil Engineering… Worked fulltime for three years as a geotechnical engineer-in-training before taking leave of absence to focus on kayaking heading into London 2012… Designs and makes analog watches for his own company… Has also done design work to make and improve kayak paddles and some design work for a sport technology company… Odds and Ends: Favourite quote: “It is how you show up to the showdown that counts.” – Homer Norton… Nickname: Mucka…

In his first Olympic appearance, Will Crothers captured silver as a member of the men’s eight crew.