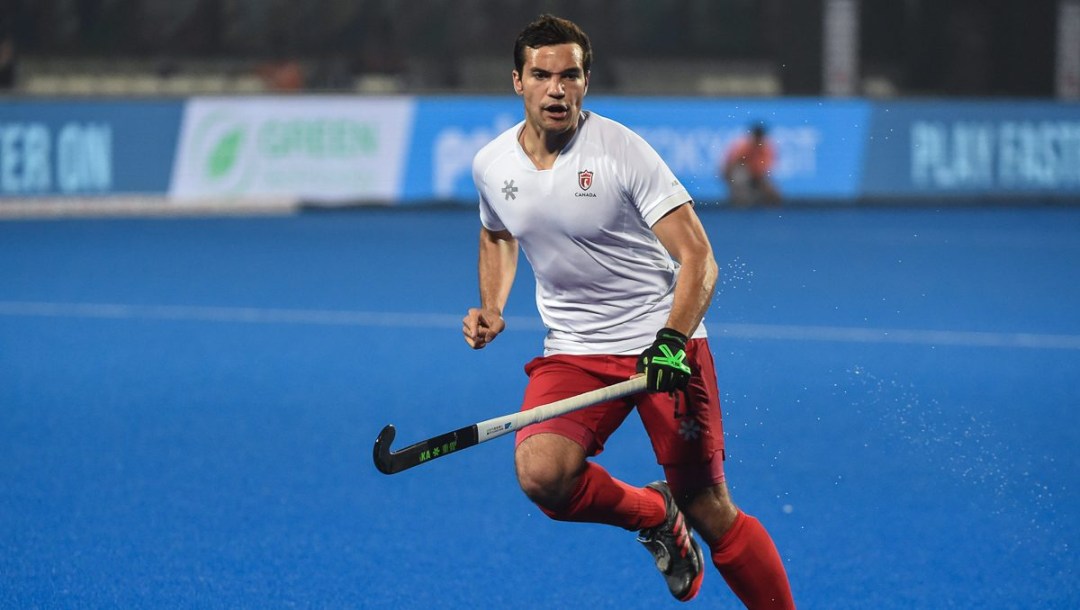 Matthew Sarmento has more than 50 senior national caps since making his international debut in 2011. Sarmento had gone to the University of Victoria intent on making the varsity soccer team, but after surviving the first two rounds of cuts, he failed the fitness test. He decided to connect with his old provincial coach, who happened to be UVic’s field hockey head coach. After making that team, he joined the junior national team in an open tryout in January 2011. Sarmento won a silver medal with Canada at the 2012 Junior Pan American Championship before helping the senior squad win silver at the 2013 Pan American Cup. In 2015 he was part of the Canadian team that won a quarterfinal shootout over New Zealand at the FIH World League Semifinals, a victory that would eventually secure Canada’s qualification for Rio 2016 . A few weeks later, he helped Canada win silver at the 2015 Pan Am Games in Toronto, scoring three goals on seven shots. Sarmento made his Olympic debut at Rio 2016.

A Little More About Matthew

Getting into the Sport: Started playing field hockey at age 14 because his high school required him to play a spring sport; the English teacher was a former national team member and convinced him to try it out… Had played ice hockey and was able to transfer his right-handed shooting to the field… Outside Interests: Studied Health and Recreation at the University of Victoria… Studying Kinesiology at the University of British Columbia… Played field hockey semi-professionally in Hamburg, Germany… Enjoys cooking… Odds and Ends: Favourite motto: Hard work beats talent when talent doesn’t work hard…… Nickname: Sarmy…

Gabriel Ho-Garcia has more than 75 senior national caps since making his debut at the 2011 Champions Challenge. He has...