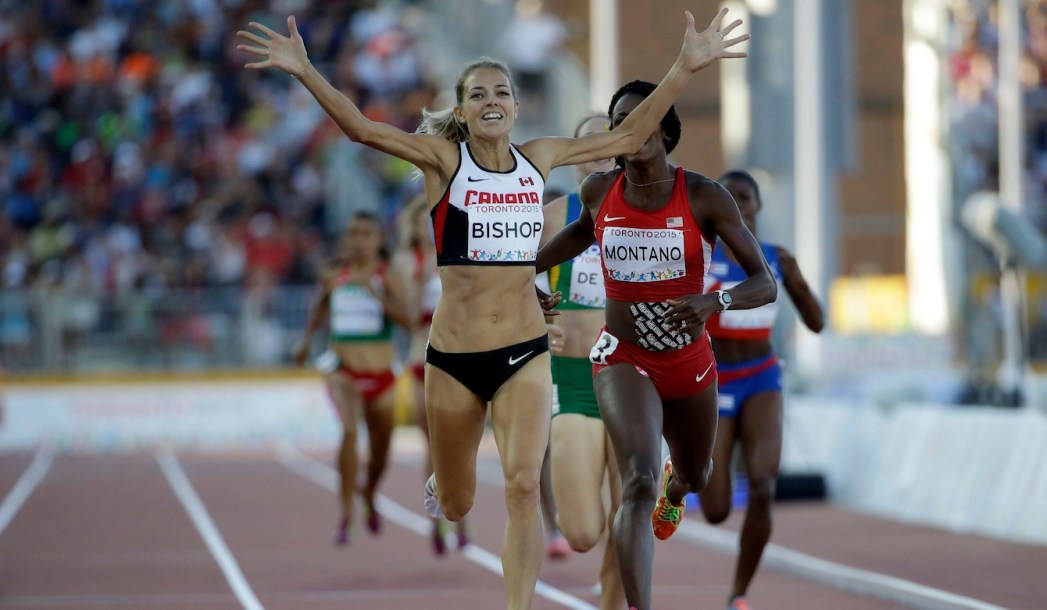 Melissa Bishop had a summer to remember in 2015. After winning 800m gold at the Pan American Games in Toronto, she went to the IAAF World Championships where she broke the 14-year-old national record in the distance, becoming the first Canadian to go below one minute 58 seconds with her time of 1:57.52. After that spectacular semifinal, she went on to win the silver medal in the final. It was quite a comeback for the runner who had missed the indoor season with a sports hernia that kept her out of training for seven weeks and then suffered an ankle injury in May that sidelined her for almost a month. It was the first time in her career she’d had to deal with a major injury, let alone two. In her second Olympic Games at Rio 2016, Bishop finished a heartbreaking fourth in the 800m, matching Canada’s best ever Olympic result in the event. Bishop had made her Olympic debut at London 2012, the same year she first broke the two-minute mark in the 800m at the Prefontaine Classic. She won back-to-back national titles in 2013 and 2014 after finishing second at the 2012 Canadian Championships. She made her IAAF World Championship debut in 2013 before gaining more multi-sport competition experience at the 2014 Commonwealth Games in Glasgow. While representing the University of Windsor Lancers, Bishop won multiple gold medals in the 600m and 1000m at the CIS Championships.

A Little More About Melissa

Getting into the Sport: Starting running at school at age 10, and began training and competing at age 13. In her first meet in elementary school she competed in every event except for shot put… Drawn to the chase of sport, the fast pace of it. Setting out to run someone down has always been a favourite of hers… Biggest athletic inspiration has been her coach Dennis ‘Big Dawg’ Fairall. He taught her so much, making her into the athlete she is today and helped her accomplish more than she thought she could. Fairall, passed away November 2020 from progressive supranuclear palsy, a rare degenerative brain disease… Outside Interests: Earned Bachelor of Human Kinetics in 2010 and Bachelor of Education in 2011 from the University of Windsor… Enjoys cooking, a morning coffee and a good book, and spending time with her family at the beach. During the offseason likes to travel and visit family, have dinner parties with friends, go apple picking and bake… Odds and Ends: Favourite motto: “Respect all, fear none” -her coach, Dennis, used to tell her this before races… Collects Christmas tree ornaments from around the world… Has had the same warmup before every race since her first time joining her track club…

A Little More About Alycia Getting into the sport: Started running at school when she was 9, had her first...