Morgane Echardour already has one Pan American Games under her belt, having finished 10th in the 300m time trial at Guadalajara 2011. She has also competed at three editions of the FIRS World Championships. Echardour won national titles in 2009, 2011, 2012 and 2013 and set the women’s 15km national record in 2009. Among her career highlights are finishing in the top-15 at the 2011 Pan American Championships. In 2010 she won the New York 100km race in a sprint finish and finished in the top three at the Duluth Marathon.

Family: Parents Laurent and Guylaine Echardour… Younger sister Axelle… Older brothers Florian and Erwan (played junior rugby for France)… The family moved to Canada when she was 15, choosing to start a new adventure in a country they loved… Getting into the Sport: Started inline skating at age 8… Loved the feeling of going fast; had tried figure skating but was a “disaster” because she wouldn’t follow the routine and tried to race the other kids during shows… Outside Interests: Enjoys taking her dog for walks, runs and to the park; cooking; drawing; sewing; riding with her cycling club Racer Sportif… On hiatus from her fourth year of a Bachelor’s degree in product design at OCAD… Odds and Ends: Nickname: Momo… Has specific socks she wears for skating… Favourite motto: “If you want something you’ve never had, you have to do something you’ve never done before”… 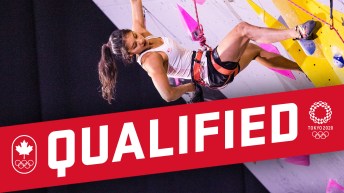 Brittany Schussler was a constant on the Canadian long track speed skating team for more than a decade before announcing...