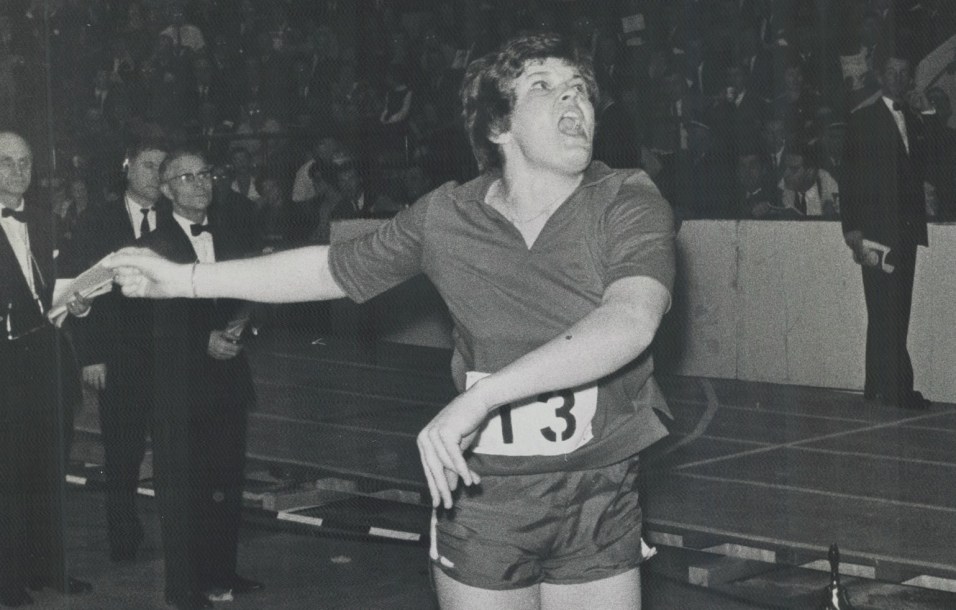 Canadian thrower Nancy McCredie finished seventh in the shot put at Tokyo 1964 with a throw of 15.89m which ranked her as the top junior in the world in 1964. She also competed in the discus finishing 15th in the qualifying round.

During her brief athletic career, McCredie had impressive results. At the Pan American Games she won three gold medals, two in 1963 in Sao Paulo (shot put, discus) and then she defended her shot put title in 1967 in Winnipeg for her third career gold. At the 1966 British Empire and Commonwealth Games in Kingston, McCredie won a bronze medal in the shot put. Once the Canadian record holder in shot put and discus, official retirement came in 1968 when McCredie cited a knee injury as the reason.

McCredie’s father was in the the Air Force and the family moved frequently. Outside of sport, she was artist and a singer with the Benny Louis Orchestra at The Royal York Hotel, Casa Loma and The Seaway Towers in Toronto. A long-time lover of animals, she was a pet groomer, breeder, farmer (raising horses and pigs) and animal rescuer. Settling in Bristol, Québec in 2001, McCredie devoted her time to her artwork.

Marie-Josée Le Jour only went to the try outs for her high school track and field team because whoever qualified...