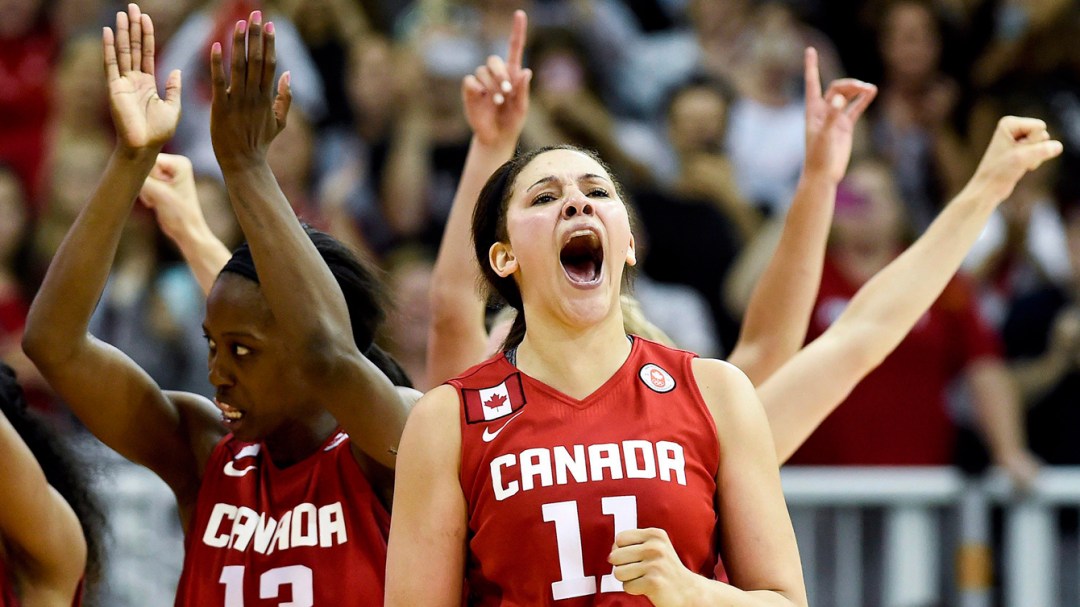 Natalie Achonwa made history in 2009 when she became the youngest player ever selected to the Canadian Senior National Team at age 16. She had made her international debut at the 2008 FIBA U-18 Americas Championships, again the youngest player selected at age 15, and helped Canada to the silver medal. In 2009 Achonwa was part of Canada’s best-ever fourth place finish at the FIBA U-19 World Championships. She went on to be the youngest member of the Canadian basketball team at London 2012.

In starting her collegiate career at Notre Dame, Achonwa became the first international player for the Fighting Irish women’s basketball team. She was team captain as a senior when she was also named to the All-American third team and All-ACC second team. By the time she finished at Notre Dame, Achonwa was third in games played (145), fourth in rebounds (970), twelfth in points (1546), and fifth in double-doubles (28). She finished her senior season averaging career highs in points and assists per game and turned that success into a 9th overall selection in the 2014 WNBA draft. Achonwa’s year was cut short by a torn left ACL during a game against Baylor in the Elite Eight of the Women’s NCAA Tournament that caused her to miss a trip to the Final Four (where Notre Dame lost the championship game) as well as the 2014 FIBA World Championship.

In 2015 Achonwa won a pair of gold medals with Canada, defeating the United States at the Pan American Games in Toronto where she scored 13 points in the final followed by Cuba at the FIBA Americas Championship. In her first pro season with the WNBA’s Indiana Fever, Achonwa started 17 games and played in 28, averaging 7.4 points per game. She went on to play in all six of Canada’s games at Rio 2016, averaging 5.0 points per game.

Achonwa next suited up for Canada in 2018. At the FIBA World Cup, she averaged 21.8 minutes, eight points, and five rebounds per game as Canada finished seventh. Achonwa contributed an average 9.3 points and 7.0 rebounds in nearly 20 minutes on the court in each of Canada’s three games at the FIBA Olympic Prequalifying Tournament in 2019. She would be named to the Tournament All-Star Five at the FIBA Olympic Qualifying Tournament in February 2020 on the strength of her 13.3 points and 6.33 rebounds per game as Canada went 3-0 to book the Olympic berth.

A Little More About Natalie

Getting into the Sport: Started playing basketball at age 11… After a growth spurt her travel soccer coach invited her to try out for the basketball team he also coached… Outside Interests: Graduated from the University of Notre Dame in 2014 (Management Consulting)… Enjoys travelling in her spare time… Selected to play on Drake’s All-Star Celebrity Team at the 2016 NBA All-Star Game in Toronto; unable to play due to knee injury but helped coach Team Canada… Odds and Ends: Favourite quote: “God places the heaviest burden on those who can carry its weight.” – Reggie White… Nicknames: Nat, Ace… 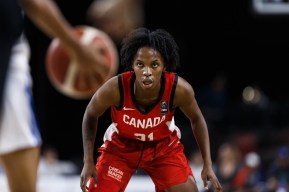