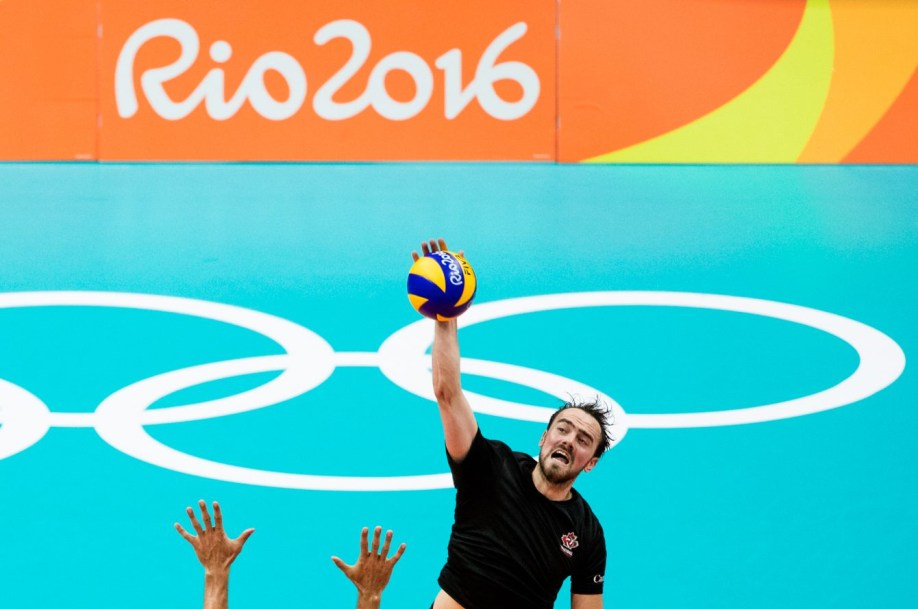 Nick Hoag may be the youngest member of the Rio 2016 men’s volleyball team, but he hails from what some might call Canada’s first family of the sport. His father Glenn was part of the team that finished fourth at Los Angeles 1984 and has been coaching the men’s national team for nearly a decade. It had been one of his dreams to be coached by his father as part of the national team. His mother Donna was on the national team after a successful university career. Older brother Christopher joins him on the current national team. The brothers played together at the 2013 Universiade after the younger Hoag had competed at the 2011 FIVB World Junior Championships. He was the youngest member of the Canadian team that posted a best-ever seventh place finish at the 2014 FIVB World Championships. In 2015 Hoag was a member of the team that won bronze at the Pan American Games in Toronto. He was also named MVP of the Canadian team that won gold at the NORCECA Continental Championship in 2015. In 2016 he helped Canada win FIVB World League Group 2 which earned the team a spot in the elite Group 1 in 2017.

Getting into the Sport: Grew up around volleyball but played other sports as a child before deciding on volleyball at age 7… Outside the Sport: Doesn’t have a job outside of the volleyball world, but is greatly intrigued by the industry of wine… Enjoys reading, discovering new restaurants, and spending time with family and friends… Odds and Ends: Favourite quote: “It’s not the choices you make but how you assume them that defines you.” – Glenn Hoag…