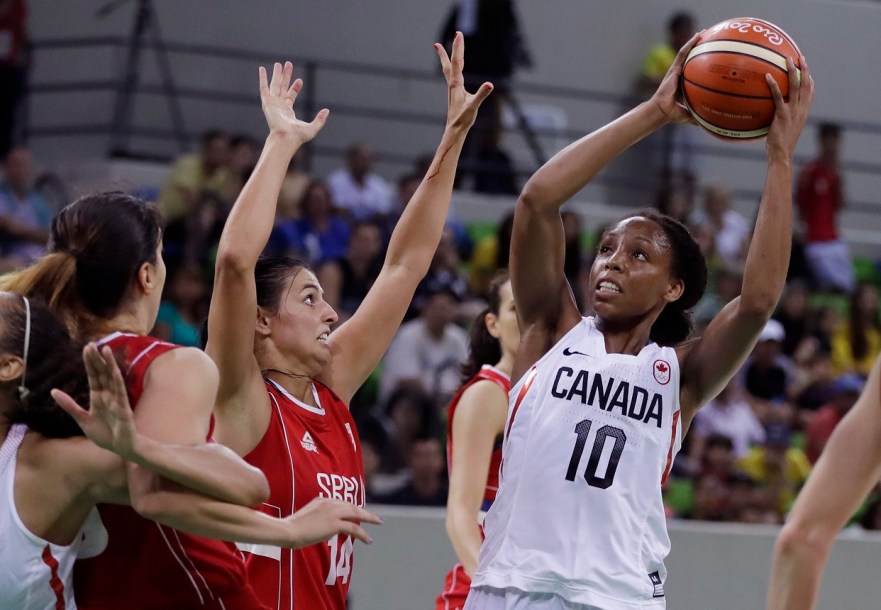 After debuting with the senior national team in 2013, Fields was a member of the Canadian team that posted its best result since 1986, finishing fifth at the 2014 FIBA World Championship. She averaged 5.7 points and 2.6 rebounds per game. In 2015 she contributed 8.6 points per game as Canada won gold at the Pan Am Games in Toronto. She also helped Canada qualify for Rio 2016 with a gold medal at the 2015 FIBA AmeriCup.

Fields scored 34 points and added 11 rebounds in six games in her Olympic debut at Rio 2016, helping Canada reach the quarterfinals. A year later she dropped 87 points at the 2017 FIBA AmeriCup, winning her second consecutive gold at the event.

Fields played collegiately at UCLA where she was an All-PAC 12 selection as a sophomore. She finished her Bruins career on eight top-10 school record lists, including scoring (third), three-pointers (third), steals (sixth), and 20 point games (sixth).

Before joining UCLA, Fields was named the Gatorade California Girls Basketball Player of the Year and became the first Canadian woman to be selected to the McDonald’s All-American Game.

She was taken 32nd overall by the Phoenix Mercury in the 2016 WNBA draft and made her pro debut that year. She played a season in Turkey before joining Hungarian club UNI Gyor. Fields was named the 2018 Hungarian League Guard of the Year and Import Player of the Year.

A Little More About Nirra

Getting into the Sport: Started playing basketball at age 13, drawn to the sport because of the passion and speed… Outside Interests: Majored in Communications at UCLA… Enjoys reading, shopping and watching movies… Odds and Ends: Favourite motto: “Pain is Temporary”… Nickname: Ni Ni…