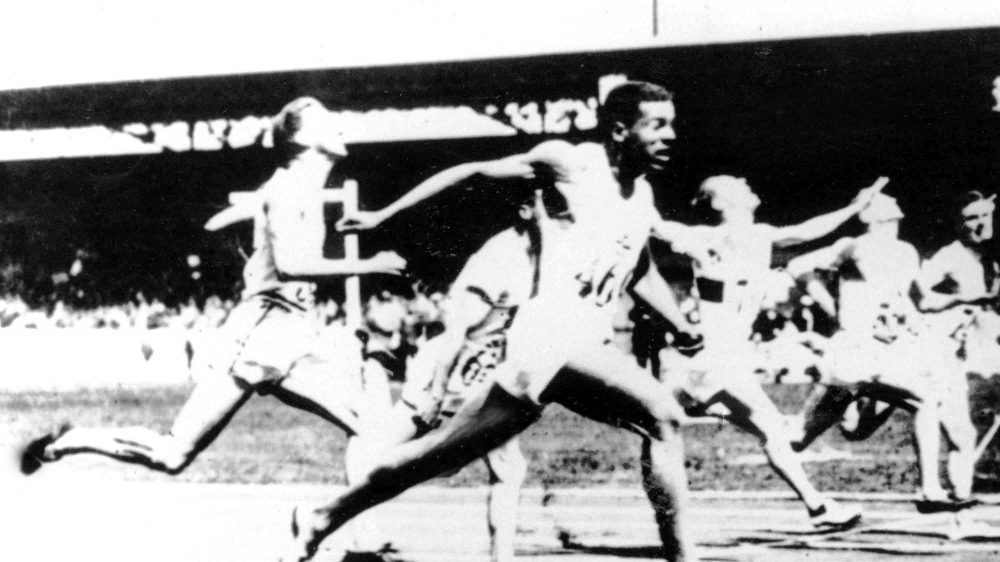 Five-time Olympic medalist Phil Edwards made his Olympic debut at Amsterdam 1928 winning a bronze medal as a member of the 4x400m relay team in a time of 3:15.4, in a race that produced a world record by the gold medal winning Americans.

It was at Los Angeles 1932 where Edwards enjoyed his greatest Olympic success winning three bronze medals (two individual, one in the relay). The first was in the 800m where he sprinted to the lead after the first lap, then faded to bronze. In the 1500m, Davis had the lead down the backstretch only to be passed on the homestretch to finish in third, for his second bronze medal of the Games. He picked up his third bronze in Los Angeles as a member of the 4x400m relay team. In 1936 and now a doctor, Edwards had given up running but went back into training to help out when the Canadian team needed bolstering. He won his fifth career bronze in the 800m, finished fourth in the 4x400m relay and finished fifth in the 1500m at Berlin 1936.

Edwards competed twice for his native British Guiana at the British Empire Games (1930, 1934) winning gold in the half-mile at the 1934 Games in London – the first black man to win a medal at the now Commonwealth Games.

While studying at New York University (NYU) in 1927, Edwards started his track career and is the only four-time winner of the 600-yard race at the American indoor track nationals (1928 to 1931).

Born in Georgetown, British Guiana and the son of a wealthy magistrate, Edwards moved with his family to New York City, settling in the then fashionable Harlem neighbourhood. A British subject, Edwards was ineligible to try out for the 1928 USA Olympic team but while competing in a track meet at the Canadian National Exhibition (CNE) in 1927 in Toronto, Edwards was invited to join the Hamilton Olympic Club and ultimately represented Canada.

A 1930 graduate of NYU, Edwards became a consultant for the Canadian Government in tropical and chest diseases. In 1936, Edwards became the first person of African descent to graduate from McGill Medical School in Montréal, immediately before competing at Berlin 1936. He then served with the Canadian Army during World War II, rising to the rank of captain.

In 1945, Edwards earned a graduate medical diploma and joined the staff at Montréal’s Royal Victoria Hospital where he had a long and distinguished medical career, also participating in international medical missions. In 1960, Edwards joined the Canadian Red Cross team working in Congo.

Shortly after he died in 1971 of a heart episode just a few weeks before his 64th birthday, the “Phil Edwards Memorial Trophy” was established to be presented annually to Canada’s most outstanding track athlete.