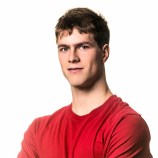 Pierre-Luc Thériault has wanted to represent Canada since watching the Sydney 2000 Olympic Games and seeing other athletes proudly perform for their countries. Thériault began playing for the cadet national team as a 13-year-old, progressing to the junior national team before joining the senior national team in 2010. That year he also debuted at the ITTF World Championships. He has been on the Canadian world championship team each season since. Thériault’s first exposure to multi-sport competition came as an alternate for the 2010 Commonwealth Games. He was then part of Team Canada at the 2011 Pan Am Games and the 2014 Commonwealth Games. Among Thériault’s career highlights are winning the singles titles at the North American Championships and North American Cup in 2012.

Family: Parents Guy Thériault and Guylaine Bélanger… His mother is a table tennis coach and former member of the Quebec provincial team… Younger brother Mathieu also played… Getting into the Sport: Started playing table tennis at age 6… Had a table in the basement but was so short he needed to stand on a milk box to play… Chose it over other sports (soccer, hockey, tennis) because it’s fast and complex and his mother could help him improve… Outside Interests: Enjoys reading (novels and science books) and listening to music… Would like to pursue engineering…  Studying natural sciences online via Cégep-à-Distance… Odds and Ends: Admires Olympic champion Wang Liqin and Roger Federer… Favourite motto: “Champions aren’t born, they’re made”… Likes to collect flags of the countries he visits…

Pierre-Luc Hinse competed in his first Olympic Games in 2012. Individually, he finished 33rd in men's singles and ninth in…

Richard McBride competed at the 2007 and 2011 Pan American Games