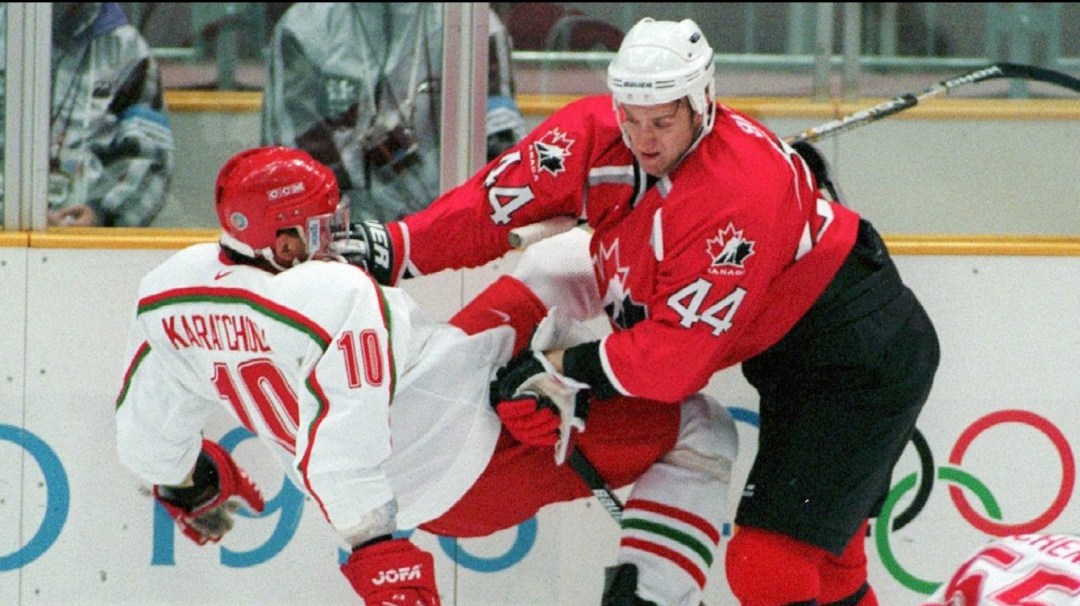 A member of the Triple Gold Club, defenceman Rob Blake won Olympic gold with Team Canada at Salt Lake City 2002, ending a 50-year Olympic gold medal drought for the country in men’s ice hockey. Blake made his Olympic debut at Nagano 1998, the first time that NHL players could participate in the Games. Blake made his third Olympic appearance at Turin 2006, bringing his career total to 18 games on Olympic ice during which he recorded two goals and four assists.

Blake represented Canada at five IIHF World Championships winning gold in 1994 and 1997 following silver in 1991. Blake served as Canada’s alternate captain in 1998 and captain in 1999. Blake was also a member of Canada’s 1996 World Cup of Hockey team where he earned silver. After his playing career, Blake served as Canada’s assistant general manager (2011) and general manager (2014) for the IIHF World Championships. Blake was also the assistant general manager of Canada’s 2016 World Cup of Hockey team.

Blake was drafted 70th overall in 1988 by the Los Angeles Kings where he would go on to play 11 seasons.  In 2001, Blake won the Stanley Cup as a member of the Colorado Avalanche. Blake retired in 2010 and finished his NHL career with 1270 games played and 777 points. Blake won the James Norris Trophy as the NHL’s best defenseman in 1998. Blake returned to the Los Angeles Kings organization after his retirement and serves as the team’s vice president and general manager.