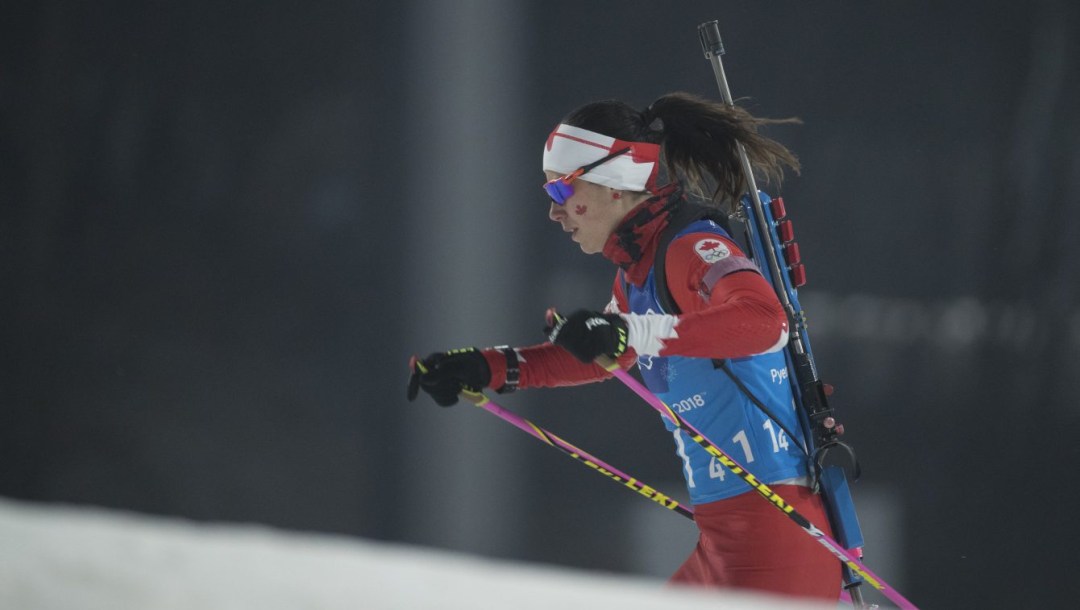 Rosanna Crawford had a career breakthrough in January 2018 when she won her first career solo World Cup medal, taking bronze in the 15km individual event in Ruhpolding, Germany after shooting a perfect 20 for 20 for the first time. Her previous career best individual World Cup result had been a fourth-place finish in the 7.5km sprint in Pokljuka, Slovenia in December 2014. She had also won a silver medal in the single mixed relay (a non-Olympic event) with Nathan Smith in November 2015.

Crawford had her Olympic dream sparked while watching older sister Chandra win gold in cross-country skiing at Turin 2006. Four years later they experienced the Olympic Winter Games together as both sisters were members of the Canadian Olympic Team at Vancouver 2010. At Sochi 2014, Crawford and the rest of the women’s 4x6km relay team finished eighth for Canada’s best-ever Olympic result in the event.

Crawford made her IBU World Championship debut in 2013, but had some outstanding performances three years later when she finished 14th in the 15km individual and qualified for the 12.5km mass start, placing 15th. Crawford had her first taste of multi-sport competition at the 2007 Canada Winter Games in Whitehorse where she won three gold medals. She was named Biathlon Canada’s Female Athlete of the Year for 2012-13, 2014-2015, and 2015-16.

A little more about Rosanna

Getting into the Sport: Started in biathlon at age 10, following older sister Chandra into the sport… Had been skiing since age five because her family was always active and spent a lot of winter vacations on skis… Outside Interests: Supports Fast and Female, the charity founded by her sister Chandra that encourages girls in sport… Enjoys reading and knitting…  Odds and Ends: In December 2008 underwent a heart procedure to repair a condition called atrial tachycardia that caused her heart to race up to 250 beats per minute…

Perianne Jones enjoyed the best season of her career in 2012-13, the highlight of which was her second career World...