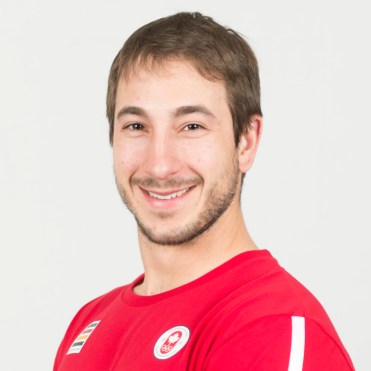 Family: Parents Jean Roy and Marlène Thibault… Younger brother Jonathan was on the Quebec fastpitch team… Getting into the Sport: Took his first swings in T-ball at just one-and-a-half years old… His father played in numerous national fastpitch championships while he was growing up so he was always around the ball park… Outside Interests: Earned his degree in kinesiology in 2010 and teaching degree in 2012… Works as a kinesiologist in high performance sport… Enjoys playing tennis, ping pong, hockey, badminton, golf… Coordinates an international fastpitch tournament in Bellechasse; always wanted to bring a major global tournament to his region as a way of developing the sport… Odds and Ends: Favourite mottos: “When you want, you can” and “The harder you work, the harder it is to surrender”… Always travels with a book in which he writes notes about all his at bats… Collects hotel card keys… Nickname: Matty…