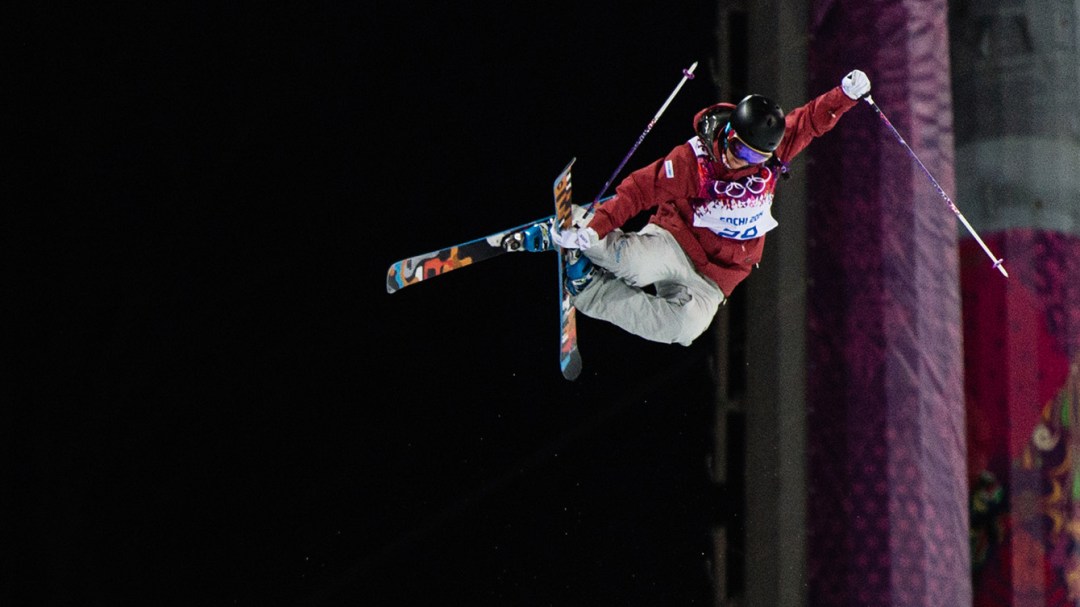 Rosalind Groenewoud, or “Roz G”, as she’s known in the action sports world, took over from her late hero and role model Sarah Burke as a world leader in women’s ski halfpipe. Groenewoud finished seventh in her event’s Olympic debut at Sochi 2014.

After making her Winter X Games debut in 2008, Groenewoud made a gradual move up the ranks, finishing third in both 2010 and 2011. Less than two weeks after that second bronze medal, she claimed gold at the 2011 FIS World Championships. But Groenewoud has never been prouder of her skiing than she was at the 2012 Winter X Games in Aspen. Her friend and teammate Burke, who had been an active lobbyist for the inclusion of ski halfpipe on the Olympic program, had passed away on January 19 after a training accident.

Just over a week later, tribute was paid to four-time Winter X Games champion Burke and Groenewoud decided to let the love shown by those in attendance lift her up. Wearing a red “Sarah” sticker on her helmet, Groenewoud performed the biggest air of the competition and won gold with an X Games record score of 93.66. She went on to win gold at the X Games in Europe as well, becoming one of just three female halfpipe skiers to win both X Games gold in one year.

In December 2013, just seven weeks before Sochi 2014, Groenewoud underwent arthroscopic surgery on both knees. She recovered to win her second straight X Games silver in Aspen in late January 2014. At the 2015 X Games, Groenewoud endured her first career season-ending injury when suffered a concussion and whiplash. It was eight long months before she was cleared to return to snow. Then in January 2016, she blew out her ACL, MCL and LCL, leading to an almost year-long recovery after surgery. Another injury followed in December 2017 when she broke her humerus during a training run at Dew Tour. She was still able to qualify for PyeongChang 2018, where she impressively placed in the top 10.

A little more about Roz

Getting into the Sport: Started skiing at age 3 but left the sport behind when her family moved to Quito, Ecuador when she was in elementary school… While living in Ecuador, the Salt Lake City 2002 Winter Games were on TV and she was enthralled by the moguls competition… When her family returned to Canada shortly thereafter, she joined a recreational freestyle skiing program and relearned how to ski at age 13… She enjoyed the jumps more than the moguls so she transitioned into halfpipe… Outside Interests: Graduated from  Quest University Canada in Squamish, BC in April 2016 with a Bachelor of Arts and Science (majors in math and physics)… Would like to pursue a graduate degree in neuroscience or medical school or both… Self-described foodie; always seeks out the best coffee shop and explores the local food scene when she travels… Says music is integral to her life and enjoys going to concerts whenever she can… Enjoys reading, whether masterpieces or guilty pleasures; during the 2016-17 season decided to read as many Pulitzer Prize-winning novels as she could… Enjoys following world politics and reading science articles… Athlete Ambassador for Right to Play and made a trip to Rwanda in 2011… Needed a goal while recovering from knee surgery in the summer of 2016 so she rode the Whistler Gran Fondo and raised more than $12,000 for Right to Play… Member of Riders Alliance for Protect our Winters, a community of pro winter athletes committed to being leaders around climate change… Odds and Ends: Always wears purple underwear and purple hair elastics with a Canadian flag bandana and red lipstick while competing… Her helmet features a silver snowflake sticker with Sarah Burke’s signature on it…